Thunder Wave
StartMoviesReviewsReview | Venice, by Miguel Falabella, is a journey on your journey

Review | Venice, by Miguel Falabella, is a journey on your journey 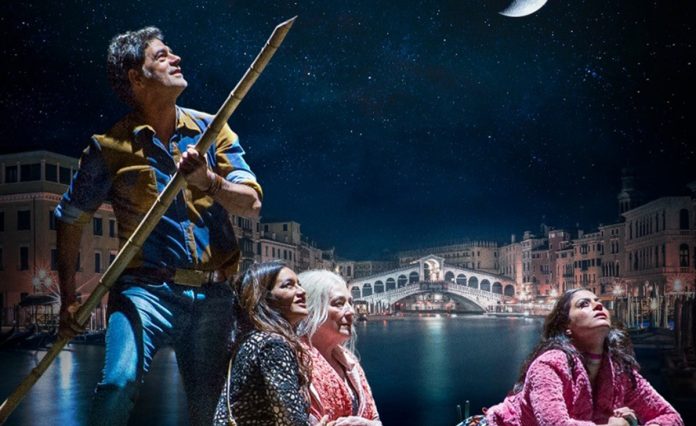 A movie that talks about you. This is Venice, a theater adaptation brought to the screen by Miguel Falabella and more than a great cast. The plot, or plots, revolves around gringa (Carmen Maura), who wants to rediscover her great love that she left in the past, in the Italian city of Venice.

With an unusual mastery, with problems in the production - which went through crises of having a completely destroyed circus to have a new one built and a trip to film in Venice, while the city slept - this film is an epic and a tribute to who we are.

The work has several subplots, which end up becoming real plots with stories of each of the prostitutes who live in Gringa's house, each looking for her journey, or rather, for her dreams. These dreams that each one finds impossible to achieve and a laughingstock, but when faced with their true internal conflicts, they end up seeing how much we are taken by other people's dreams.

We may have our own, but in many moments, even a lifetime, we end up traveling on the journey of others. The search becomes the life of those who love and in the end, the question remains: where is my story? Where did she go and now who am I?

There are several questions that Venice it brings us back, and no answer, because the truth of where your dreams were and what the TRUTH is are details that only the spectator can answer.

In addition to a simple plot about Gringa's desire to go to Venice, the film plays with geography, showing us how ignorant and naive we are in thinking things can be so easy to achieve, but at the same time with a little will – and imagination – you can get to Venice!

But the film is not just Venice. It is also the cold reality of ignorance and prejudice against women and men who seek their fulfillment. It's about people who find themselves happy in a reality that is theirs, a truth that is torn out in the form of tragedy.

This tragedy is so common on the streets of any Brazilian city where homophobia is one of the biggest in the world. As well said during an interview with the cast, "just do a quick Google search to find out."

Venice it's a movie to be watched in a different way. It should not be analyzed with parts, following cinematographic rules or looking for defects. Venice it's simple, like life and so it should be experienced and in the end, just sit on your gondola and think: why not Venice?