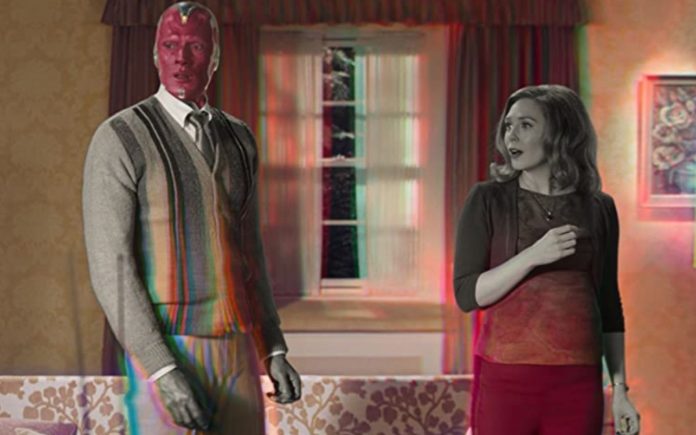 The new stage of Marvel universe just debuted today, January 15th. Who inaugurates this new format is the miniseries in 9 episodes WandaVision.

WandaVision arrives with 2 episodes released by Disney +, with a completely black and white look honoring period sitcoms as The Sorceress, The Couple 20 (the couple’s name is Hart, just like in the series), Lucy's Show, among so many other classics. Of course, there was no shortage easter eggs thrown in the face like the Stark Industries among other names that appear in some corners like the Ant Man.

For fans of comics, nothing will be much of a surprise, as it brings a little of the pre-events of the saga M Dynasty, When Wanda was married to Eyesight and also those that occurred during the Dynasty. The difference is that in the miniseries there is nothing related to mutants, since until recently X-Men were the domain of Fox, which now belongs to Disney.

Anyway, the first two episodes are good, with an excellent performance by the actors Elizabeth Olsen and mainly from Paul Bettany. They masterfully deliver charismatic and comical characters. Even with the funny parts, the pain of loss is stamped on Wanda, since WandaVision happens after Avengers: Endgame.

In order not to spoil your expectation with what is to come and what happens most in these episodes, it is better to end with: watch, have fun, but know that “even in pain, perhaps the heart feels pain, and it is in it that it ends in regret (King Solomon's Proverbs).”

Analysis | Checking series and movies on the Lunar NAVE notebook

The NAVE LUNAR gamer notebook is a great option for those who, in addition to playing games, are also looking for a device that can bring the fun of streaming without losing patience by constantly configuring the video and sound card.
read more
Reviews | Animations

Frozen 2 continues the legacy of the first film, extending its entire history and ending the adventures of Elsa and Anna in a fantastic way.
read more
Reviews

Criticism | A Fold in Time - Disney +

The film is good, but it fails to create empathy with the audience.
read more