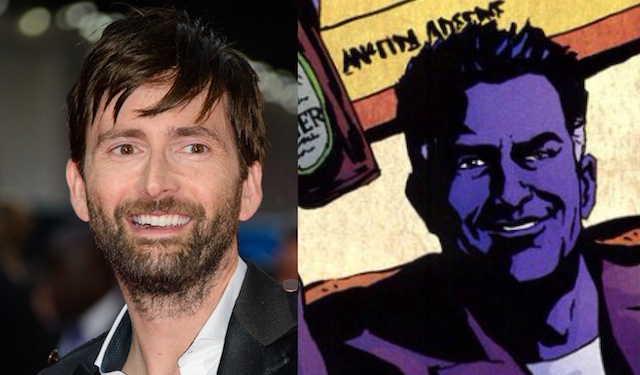 The Marvel announced the hiring of the British actor David Tennant (Doctor Who, Broadchurch) to live the role of the villain Purple man, also known as Zebediah Killgrave.

AKA Jessica Jones, new Netflix series, follows Jessica's adventures (Krysten Ritter, from Don't Trust the B– in Apartment 23), a young woman who, after being exposed to radiation, goes into a coma and wakes up with superpowers. Jessica acquires skills such as superhuman strength and the ability to fly. She decides to act as a superhero, until a tragedy changes her life and Jessica then sets up her detective agency, specializing in solving cases related to people with special powers.

In the comics, Zebediah Killgrave was a Russian spy who, during a mission, suffered an accident in which a liquid gas changed the color of his skin and hair. He later finds out that this liquid also gave him the ability to control the minds of the people around him.

Mike Colter is also confirming in the cast, with the role of Luke Cage, Jessica's boyfriend.

AKA Jessica Jones is scheduled to debut in 2016.

Twitter users upload the tag “# NãoSejaUmPorque” in honor of '13 ...

The Witcher | Jaskier's interpreter confesses he can't get it out ...