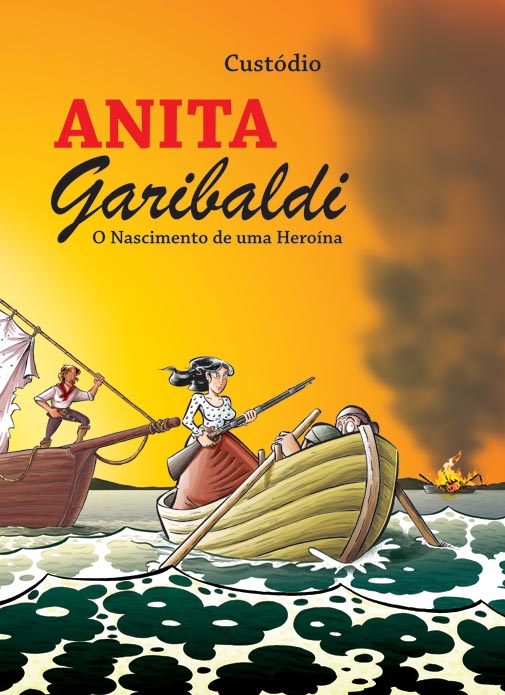 Different portraits of Brazilian poverty and national heroes such as Anita Garibaldi and Zumbi dos Palmares are beginning to be spread around the world in a playful way, through Brazilian Comics, translated into several languages.

“We have lived in Brazil for the past 20 years a very interesting moment for Brazilian comics. It is having a very vast, diversified, organized production. The result is that very good comics have appeared ”, evaluates the cultural journalist and comic book researcher, Pedro Brandt. According to him, this type of literature came out of marginality: it does not just enchant children and can contain not only daily records, but portray remarkable moments in the country's history.

Attentive to this robust production, the Fundação Biblioteca Nacional (FBN), an entity linked to the Ministry of Citizenship, supports the dissemination of Brazilian works abroad, through a public notice that offers support to foreign publishers who wish to translate, publish and distribute comic books Brazilians. Since 2012, 14 publishers from nine countries (Germany, Argentina, Austria, Colombia, Spain, Italy, France, Poland, Portugal) have been awarded the public notice to translate and bring to these countries 18 comic book titles by 21 Brazilian authors.

Within this notice, the self-taught comic artist Marcelo Quintanilha, from Niterói (RJ), is the author with the largest number of publishers interested in their stories, seven in total. They are: the Spanish Ediciones La Cúpula and the French Cà et Là, who translated it in 2016, Talc of glass; Polish Timof Comics and German Avant Verlag who translated Tungsten, in 2016 and 2017, respectively; the Portuguese Polvo and the French Cà et Là who translated, in 2017, O Ateneu - directed by Quintanilha after adapting Raul Pompeia's work -; and National Hinário, which was also converted into Portuguese in Portugal, by Polvo, in 2016.

Quintanilha, who lives in Barcelona (Spain), became a comic book professional when he was still a teenager in the 1980s, when he drew horror and martial arts comics for Editora Bloch. From the 1990s, his production began to be recognized for awards, among them the Best Police HQ, in 2016, for the publication of Tungsten (2014) by the International Comics Festival of Angoulême, in France, one of the biggest story festivals in the world that recognizes the best works published in the European country.

Tungsten tells the stories of a former army sergeant, a drug dealer, a police officer and his wife. Each of the characters is portrayed in a very human way, with ups and downs. They present themselves as villains and heroes at the same time. The back-and-forth of the plot with flashbacks caught the attention of director Heitor Dhalia, who adapted it for the cinema in 2018.

With Hinário Nacional, Quintanilha gathered dramas of different sizes relating his characters, from a victim of sexual abuse to a sad elderly person. The work was among the three finalists for Jabuti in 2017 - the first year in which the most traditional Brazilian literary award included the category Comic Stories. In the dispute, who won first place was the independent publication “Castanha do Pará”, by Gidalti Oliveira Moura Júnior.