Doctor Strange: Know the origin of the character 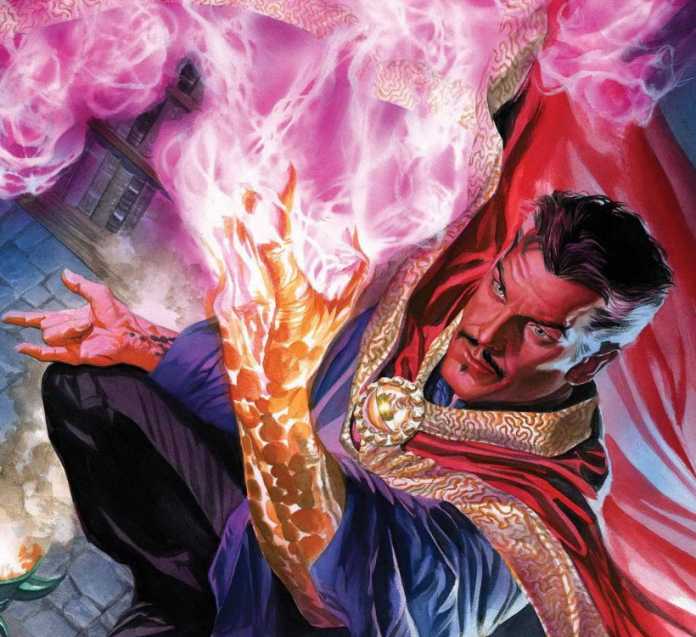 Doctor Strange is an old and beloved character in Marvel, but little known in Brazil. With the release of his film coming, the curiosity to know more about the character increases so we briefly tell who he is, where he came from and which are the HQs of this powerful Marvel Mage.

Created by Stan Lee & Steve Ditko, Doctor Strange is the supreme magician of Marvel, able to project your astral body through existence, create realistic illusions and communicate mentally with others. Besides that, Doctor Strange he has Universal forces, being able to manipulate the magical energies of reality that give him abilities such as telekinesis, projection of energy shields and teleportation.

Before becoming a magician, Stephen Vincent Strange he was an arrogant and brilliant surgeon. After suffering an accident he loses part of the motor functions of his hands, which obviously ends his career. He refuses to be an assistant and leaves in search of all kinds of help to solve his problem, it is then that he finds the path of magic through the Elder, who becomes your master. Stephen then begins his magical training.

Doctor Strange is a peculiar character in the Marvel stories. For a long time it had only closed stories, without using plots with continuations in other editions. Another difference with Mago was his problem in maintaining his own magazine, it was constantly canceled and therefore there is very little material from him in Brazil. 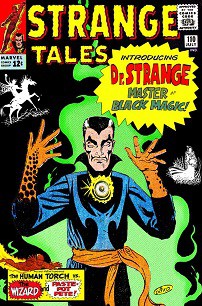 His first appearance was in Strange Tales #110, in July 1963, already presented with his powers in a solution to a case of nightmares that only he could solve using his magic. After that, the character fell in favor with the public and gained more and more space in the editions of Strange Tales, until #115 we discovered its origin.

In Brazil, the hero was first seen in volume #31 of the collection Marvel's Most Powerful Heroes, launched by the publisher Salvat.

For a while, Doctor Strange had closed stories, usually with simple battles between Strange and his enemy Barão Mordo, which were at the end of the aforementioned Strange Tales magazine. As the character's success increased, he won a unique journey, where he needed to save his mentor, the Elder. Now his story was told in a continuous way, still within Strange Tales, but with a more in-depth and complex script. In the #126 edition, the great villain appears Dormammu, ruler of a world of nightmares, capable of causing irreparable damage to our reality. This adventure ends in the next issue, when Stephen travels to the dimension of the villain to prevent him from breaking our reality and, in the end, receives his iconic Cloak of Levitation.

In 1968 Strange Tales was canceled, giving Doctor Strange your own editions. However, the numbering was maintained and launched as Doctor Strange #169, commands by Roy Thomas, next to the artist Gene Colan. 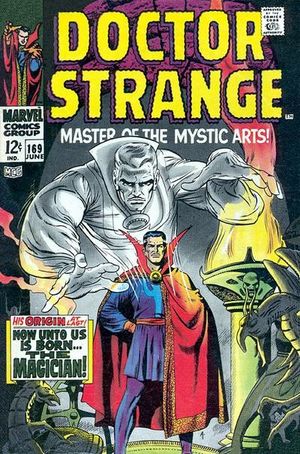 In 1971 the magazine was canceled, but the character was not forgotten. His adventures continued on Marvel Feature #1, which was the beginning of The Defenders, a team formed by Hulk, Namor and Doctor Strange, which I will replace the Silver Surfer asked by Stan Lee. The Defenders was a peculiar group, which hated each other and only stayed together as long as there was a common threat to the heroes.

In 1972 the Marvel Premiere, a new magazine that brought together stories of characters who had lost their own titles. Doctor Strange was the main attraction. Frank Brunner and Steve Eglehart they spared no resources, taking Stephen on metaphysical journeys, even witnessing the creation of the universe. It was at this time that the character had some mind-blowing stories turned to the supernatural side, with monsters of Lovecraft, vampires, satanic cults, demons, gods, werewolves, creatures from the nightmare realm, etc.

It is at this stage that the Doctor Strange wins its own title again, which goes well until it becomes bimonthly and has a drop in sales, then in the #18 edition Gene Colan, screenwriter responsible at the time, is fired, giving the job to Roger Stern.

Thus, in 1978 Stern gave the Mage a new life, developing his character better and giving Stephen a more human portrait. A major change was the introduction of a partner for Strange, the Morgana Blessing. She has a potential for the supernatural and is intrigued by Stephen Strange, while she tries to get close to him, ends up getting involved in an epic journey that is marked by the return of Baron Mordo. After adventures that include meetings with Nick Fury it's the Wild Command, Stern ends up developing a romance between the Wizard and his partner.

Again his magazine was canceled and then Strange Tales is relaunched, taken over by Peter Gillis, who was tasked with re-introducing the character to a new audience. For this, he filled the history with references and reminders, which makes it easier for those who are starting to read. This phase is remarkable for the hero, because in it he is obliged to sacrifice a good part of his powers, talismans and amulets in a battle. This is where the character goes through a journey of recognition. These editions end abruptly and end up causing a decline in public interest in Stephen.

In 1988, Roy Thomas try to change the look of Doctor Strange, but ends up returning to the original in the 90s. The Faust Gambit, gathering the stories published in Doctor Strange, Sorcerer Supreme 5 to 8, an intriguing plot where the hero gets to be imprisoned. Thomas repairs Gillis' removal of the items and the Mage becomes powerful again. 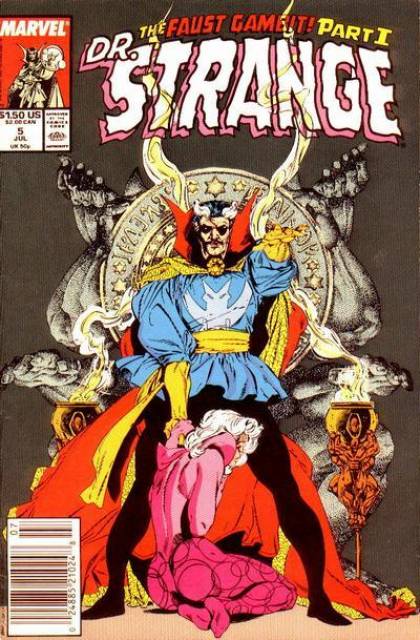 Few bound books were released by Stephen Strange and a saga of the character stands out: Doctor Strange and Doctor Doom: Triumph and Torment. It is a dark and tragic story starring two of the most powerful magicians on Earth. In Brazil it was also launched Doctor Strange: The Oath, which defines the character well in the modern era and is worth checking out. 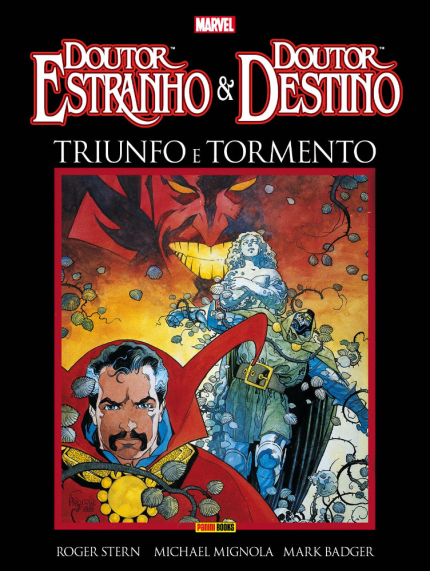 Doctor Strange he spent a long time without his own title, but he was still active with participations in other sagas and Marvel events. Check out in the gallery below some of the main participations launched in Brazil:

After so many years, the Doctor Strange won a new title of its own, encouraged by film adaptation. Launched in May 2016, the bound The Way of the Weird gathers editions 1 to 5 of Doctor Strange and narrates the Supreme Magicians of all dimensions being chased and murdered by a type of Technological Inquisition, called Empirikul, who wants to destroy magic wherever it exists, with Stephen Strange as the next target.

Do you want to comment on productions with people who have the same interest? Enter our facebook group and start the discussion!

March 30, 2021 0
Collection is a limited edition that will be sold exclusively via RazerStore.com in the countries where the online store is present.

Wonder Woman: Know the origin of the character

Suicide Squad: Everything you need to know before the ...