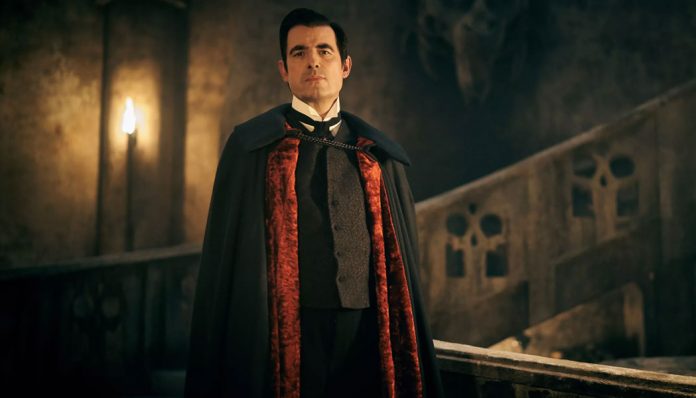 This week, a new adaptation of Dracula aired on BBC and later on Netflix, produced by the minds of the creators of Sherlock and Doctor Who, Steven Moffat and Mark Gatiss. The series, which follows the same pattern as the detective's work produced by the duo, did not neglect the famous works of the duo.

Two easter-eggs found in the pilot of the program show elements that imply an encounter with Doctor scenarios, in addition to mentioning the well-known detective.

First of all, near the start of the premiere, Jonathan Harker (John Heffernan) reads a letter sent to him by his bride Murray Mine (Morfydd Clark). In the letter, Mina jokes with him so that his affections can wander now that they are apart, joking that she can spend time with “the lovely waitress at The Rose & Crown“.

This is a direct reference to the Doctor Who Christmas special events in 2012, The Snowmen, written by Moffat. Clara Oswald - or at least one of the many versions of it spread over time - works as a waitress in a pub called The Rose & Crown. The only problem is that the first episode of Dracula is set in 1897, while The Snowmen is set in 1892, and this version of Clara dies in that same special. However, remember that Clara was last seen having her own time travel adventures with Ashildr (Maisie Williams), so maybe she went back to 1897 and spent time in her other self’s profession.

Furthermore, later, at Dracula's opening, it was revealed that the sister Agatha (Dolly Wells) brought Mina to see Jonathan, sick in Budapest. Agatha notes that it was not very difficult to find her, as she has "a well-known detective in London". This can easily be seen as a reference to Sherlock Holmes. However, even though it seems a more difficult scenario, some fans believe it is another reference to Doctor Who, and the detective in question is the Madame Vastra, a Silurian that operates in Victorian times that appeared throughout the Moffat era. With her feminist attitudes and fascination with the unusual, it makes sense that Agatha is a good friend of Vastra.

The first season of Dracula is available on Netflix.