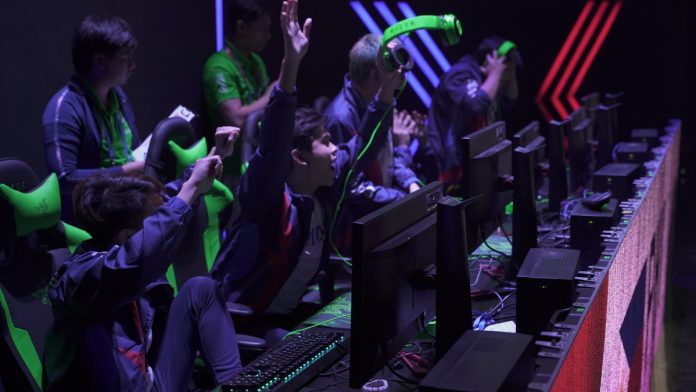 Brazil is undoubtedly a country with gigantic dimensions, not only in its geography, but also in a population thirsty for participating in tournaments and putting its name in the hall of fame. It has been like this since football and now in the new generation of electronic sports, but known as eSports.

And to talk about our eSports players, we talked to Dennis Ferreira, director of Razer Gold in Latin America, who spoke about the company, COVID and mainly about the Razer Invitational, an event that, as the company says, records the eSports journey - portraying the spirit and passion of the regional eSports communities and athletes in their battles for their place on the world stage.

What has been the work of Razer and Razer Gold in promoting several events, in addition to eSports?

Our users love our gift promotions Razer Gold, where they can get free equipment just by spending or participating in promotions with us. The campaign Halloween most recent was special because users had to post their game setup and it was a lot of fun.

Players also love promotions for special items or cash back and we have lots of them with lots of games.

This was a very unusual year for all companies. How did COVID and quarantine affect Razer and Razer Gold?

As COVID-19, we’ve seen how games and the community didn’t have a hard time adapting to the need to play online tournaments - after all, they’re electronic sports for a reason. An example is our first Razer Invitational, held in Southeast Asia in July this year. Initially it was planned to be an online and offline event. When the pandemic hit, we were able to make the move and keep the invitations completely online, with athletes competing in the safety of their homes.

With the success of Razer Invitational - SEA, we decided to expand globally. Latin America is the first region we are expanding into and we are really looking forward to seeing how the many talented athletes here perform and feeling the support of their fans as they tune in to the live streams!

We have seen users play more games than ever, as there is not much to do during quarantine, except stay at home and play. As such, the total payment volume of Razer Gold and Razer Fintech recorded strong growth on an annual basis for the three months ended September 30, 2020, while maintaining a market leadership position in the USA, Europe, Asia-Pacific and China with our gaming peripherals business.

What is Razer Invitational?

O Razer Invitational was established this year and was held for the first time in Southeast Asia in July 2020, following our success with its debut in eSports as an esports event in 30th SEA Games in 2019, this being the first time that he is presented on a world sports stage.

With professional leagues leading the eSports ecosystem, we believe that there is a greater need for inclusion and equal opportunities at the amateur level, where athletes at different levels can participate and gain regional experiences on a consistent and global platform.

That's why the Razer Invitational was born. It seeks to potentiate the dreams of a new generation of e-sports athletes, bringing competitors from all levels, from amateurs to professionals, to gain valuable experience playing in major tournaments, in addition to feeling a sense of glory and honor that comes from representing their parents.

What are the expectations about Brazil's presence at the event?

We hope to see exciting gameplay from Brazilian teams and we hope that Brazilian fans feel the live streams to cheer for their favorite teams.

As one of the most renowned countries in electronic sports in Latin America, we hope that Brazil will also be able to guide the dreams of other countries through the experience gained from playing together in this tournament.

How does Razer see the participation of Brazilian competitors in eSports?

Latin America is one of the fastest growing regions in the world for electronic sports and there are many unknown sports talents in the region. We want to bring greater competitiveness with the Razer Invitational - LATAM, working with the community and game developers to present popular games in which athletes will be eager to compete.

Brazil has a huge population of electronic sports enthusiasts and is said to have the third largest electronic sports audience in the world. We have no doubt that there are many talented e-sports athletes in Brazil, from mobile devices to console and PC, in all genres. We look forward to engaging with this passionate community as we work to support the electronic sports scene with Razer Invitational - LATAM.

Could we say that Brazil is already a hegemony in eSports or is there still a long way to get there?

The star of Brazil shines with its prosperous world of electronic sports, with many teams, influencers and players of global success. We believe it will continue to grow, with more competitions, teams and fans watching. It will be very exciting to see that future heroes of electronic sport will come from Brazil in the coming years!

What are Razer and Razer Gold planning for later this year and for 2021, in terms of product launches?

Razer Gold is adding many new ways to top up and buy credits for your favorite games, such as PIX in Brazil, fast ticket and fast cash deposit in lottery shops / bank branches and many new wallets like LOVE, PicPay and much more. You can also pay over the phone with your carrier's credits; there are thousands of new stores with Razer Gold prepaid cards or top-up terminals known as “maquininhas”, and many relevant special offers with premium games you love to play.

We are constantly launching new products with technological innovations that meet the needs of our players, so you can be sure that we are still working hard to prepare some exciting releases for the near future - keep an eye out for new Razer ads!

Users who recharge at least R$50 during the month of November can compete for the full set of gamers products.
read more
News

After the success of the Razer Invitational, competition moves to other regions calling on eSports competitors to represent their countries.
read more