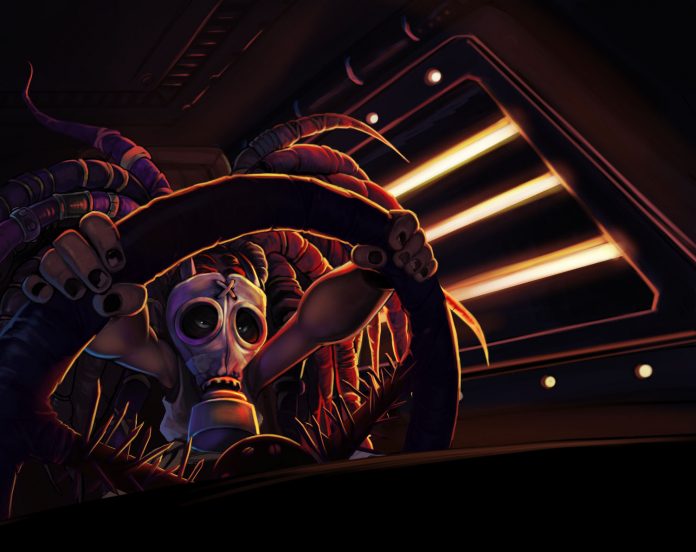 Games! For decades the game industry has fought for its space. Mainly to be seen as something serious. Who has never had to hear that games were the stuff of people who have nothing to do, that playing never leads anywhere, among other things?

Well then. This has changed a lot in recent years, with games that cost millions in their development and earn billions in sales, often in their launch, surpassing the gains of cinematographic companies and the GDP (Gross Domestic Product) of several countries.

This makes many companies famous overnight, including national ones. Check out an interview with Hoplon, where your CEO, Rodrigo Campos, made an analysis about the games market, education, etc.

Hoplon is a Brazilian game publisher and publisher specialized in multiplayer / free-to-play games since its founding in 2000. Based in Florianópolis, it currently has 80 employees and publishes its games worldwide. Your current product, Heavy Metal Machines, is available in more than 70 countries with subtitles in nine languages.

2. How has the company stood out in the games market?

Hoplon's main feature is the production of games with original gameplay and themes that provide players with truly innovative experiences, such as Heavy Metal Machines, which is the only free-to-play car battle MOBA on the market. In addition, Hoplon has been investing in online tournaments with servers on different continents, free and open registration to the public and with cash prizes.

3. The game Heavy Metal Machines is a competitive game with championships with big prizes. How have you managed to stand out in a "battle royale" style, where the public has a preference for games like CS: GO, Fortnite, among others.

Heavy Metal Machines is a MOBA type game (Multiplayer Online Battle Arena), it does not have battle royales mode, and in the face of competitors of very high quality and market dominance, our strategy was to offer players a truly new experience . With that in mind we created the car battle MOBA set in a post-apocalyptic world and to the sound of Heavy Metal. This inspiration contrasts sharply with traditional MOBA games, bringing out our main feature, which is innovation.

4. The games market has grown in the last decade and is currently respected for its millionaire numbers in the production and launch of games. How do you analyze the last 10 years of the gaming industry compared to the cinema industry that each year has adapted famous games like Sonic or made features like John Wick, where its creators clearly say they are inspired by the game scripts?

Not only is cinema inspired by games, the opposite also occurs. From a billing point of view, however, the games industry has already surpassed the cinema industry, and the tendency is for this difference to be increasing, especially with mobile devices, which allow anyone to have instant access to digital games.

The trends of crossmedia and transmedia in the games industry only have to add to the players, who have a lifestyle in games and want to consume them in different ways and in different formats. The more products and content available, the better for gamers.

5. How does Hoplon see itself in the current market, both nationally and internationally for games?

The game market, both national and international, is both very challenging and promising. Several markets, such as Brazilian, are still far from reaching the peak both in development and in consumption and the trend is for the industry to continue growing, either by increasing the installed base, growing the segment on mobile platforms, developing the electronic sports scenario and investment by non-endemic companies that see games as an opportunity to talk to a public connected and attuned to innovations.

That is why, even competing with very high level productions, with very strong companies and with great marketing power, we consider ourselves a case of success. We are the only Brazilian developer with a competitive game released in more than 70 countries and with a fixed calendar of competitions and cash prizes.

6. Talk a little about your games and how they were created. Have there been changes since its creation to the final project, how to think about a certain style of audience and be released to others? (Example: children and be released for adults, etc.).

In the niche market in which we operate, in free-to-play games, changes over the life of a game are quite normal. Players expect these changes with the addition of new content, mechanics and improvements. Even after its release, the game continues to be updated to offer the best possible experience for the faithful and new players. We are very close to the HMM community and are always in contact with them to receive feedback and make the necessary improvements.

7. Is the national market still a bit prejudiced when it comes to games created by Brazilians or is that something of the past?

With Heavy Metal Machines we don't feel this prejudice at all. Quite the opposite. In fact, Brazilian players are among the most engaged.

8. What are Hoplon's projects for the coming years and what do they already have for launch in the short or medium term?

Our team is 100% focused on Heavy Metal Machines and we hope it will continue for a long time to come. A MOBA game requires the production of content and the addition of new features constantly, which keeps the entire team busy and committed to offering an even better product.

9. Events have always been a great gateway to talk to investors and especially consumers. How are you reacting in this turbulent year where big fairs like E3, GDC and others are canceled? And how do you analyze national events like BGS, BIG, etc.? Do they really give the necessary return or is that “something” still missing?

Each event has a specific focus and a different expectation. In congresses such as GDC, the main objective is to update itself in relation to the industry and its postponement was really a big cold shower in the sector. Business events, such as the BIG Festival, Game Connection, Gamescom will also be missed, as they help to move the sector's economy. Consumer-oriented events, such as E3 and BGS, are certainly highly anticipated by players, but in the case of Hoplon, they don't make much of a difference, as they tend to be expensive to participate and do not bring as much return to our type of game.

10. Brazil has few gaming faculties and the few young people who graduate have almost no experience in the field. Do you have or will you still have some kind of incentive for young talents?

In Brazil, the search for qualified professionals is a great challenge. Often, the best way is to train them within the company. For this reason, we constantly have vacancies on our website for both interns and professionals at the beginning of their careers. Anyway, we follow the market more and more attentive to the segment and a growth in the options of courses, be they university or free.

Interview | Director of Razer Gold talks about the participation of ...