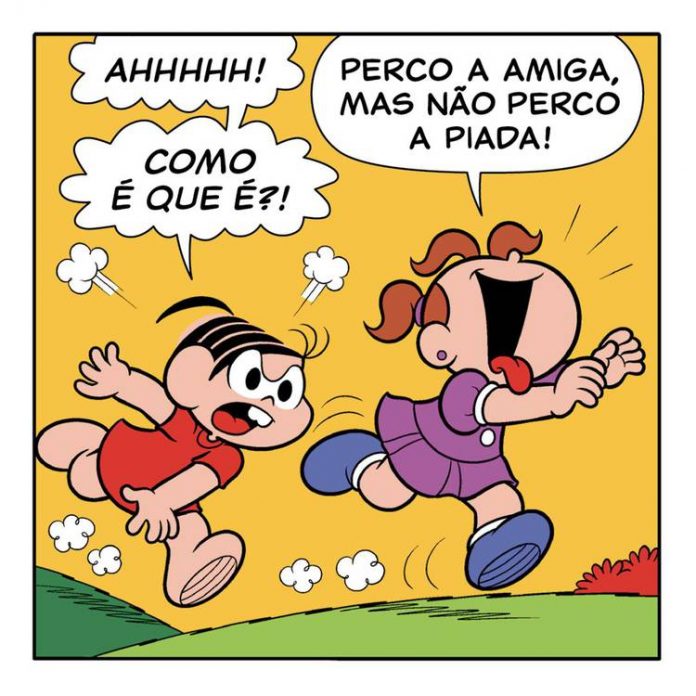 The Mauricio de Sousa Produções I wanted to shake up your stories. And what better way to close the internet than to give Denise a series to call yours ?! Therefore, on the next 1st, MSP launches, in a totally unprecedented way, the webcomic Denise Warrior Queen Sensible Fairy ProtagonistThe. The story was designed especially for social networks and each episode, composed of carousel comics, will be published on Turma da Mônica's Instagram and Twitter (@TurmaDaMonica), on Wednesdays, until December. And everyone can follow through the hashtag #TurmadaDenise.

Only this time, the story will not be carried out by the main characters that we are used to seeing in the comic strips. One of the most charismatic secondary characters (she would never admit this!) Will finally gain her well-deserved prominence. Connected in absolutely all memes and inside everything that is on the internet, Denise will shine like never before! In the story of Emerson de Abreu, the character temporarily assumes the post of Dona da Rua. Since she is an internet queen, right?

The sincere, outgoing and very funny character will amuse MSP fans in a story surrounded by mystery and tension; in addition to a lot of meme and debauchery, CLARO. In the plot, to deal with the reappearance of the Tenebrous Doll, Mônica indicates Denise to be the new owner of the street (and protagonist of the comic!). But will it work? NO SPOILERS! To know, just following. Ah! Just a detail ... the character will not dominate only this webcomic: she will star in all the official networks of the MSP - including many pinches of Mexican soap. BABY, right ?!

For Monica Sousa, director of MSP, the launch of the webcomic marks yet another action that reinforces the company's pioneering spirit. “In this action, we are reinventing the flow of MSP comics. What used to originate in comics and was posted on our social networks, will now be fully developed for digital platforms to, who knows, win a physical version. I'm looking forward to seeing how Denise will fare as Dona da Rua ”, she jokes.

Cebolinha - Recuperação is the new edition of the Graphic MSP seal

Comics from The Boys, Prime Video's new series, are available ...