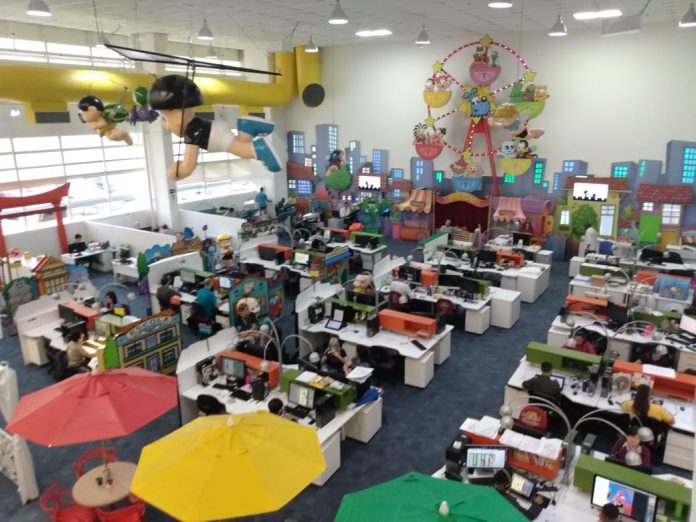 At the invitation of Way to Know, we visited this week the studio of the most famous comic artist in Brazil: Mauricio de Sousa. Celebrating 60 years of activity, the company is famous for creating the group that packs generations and dominates numerous areas of the market.

Anyone who is slightly familiar with the history of creating the Monica's Gang he knows that the company revolves around the Sousa family, from which Maurício's children were the inspiration for most of the characters. And it is these “children” that we see represented today in the comics that manage the different areas of the studio. This does not prevent Maurício from being present, including, we met him a few times during the tour and at the end of the visit, he was available in the recreation area for photos with the visitors next to the characters.

The atmosphere of the studio is to shine the eyes of the most grumpy of adults. Whole decorated with the characters, in the most diverse ways, it is impossible not to have a twinge of emotion when we see scenarios and animations showing the crowd all over the place.

Right at the entrance, where in the waiting room we have displays with characters and even in the bathrooms the walls are full of comic book elements, there is the museum that shows the company's objects and milestones. Before getting to know each of them in detail, we are taken to the auditorium where videos of the company are shown and instructions are given. It is worth remembering that people are working normally during the period of the visit, so headphones are delivered where we can hear the guide without anyone raising their voices and ending peace in the enclosure.

And then, the fun begins. The museum items are explained, they are striking objects that sharpen the veins of the fans. Old editions, the first games, objects of how it was made in the past and the first products offered for sale are some of the things that we can see there.

When we actually enter the studio, we see the magic happening. While each sector is explained, we can take a look at the processes of each one. In this part it is forbidden to take pictures and give details about what we see, since there are many unpublished works being done at that moment. At the end of the tour we managed to take some pictures and everything that was released is available on our Instagram.

In addition to having fun, the visit to the studio is educational. For adults and children, the knowledge of how a company of this size, which has been in the market for 60 years, is extremely valuable. It is not just the question of observation, but at times the employees stop to explain how the whole process is done, the audiovisual was shown in detail, for example.

Containing a recreation area with a huge toy, the visit ends in fun. It is there that parents can come in to play with their children and the characters arrive to take pictures. Sometimes, even Mauricio arrives to participate.

O Studio Mauricio de Sousa it is a place that gives pleasure to see- and the desire to start working there. The visit is a gift to the public, who in addition to being dazzled can learn about the different areas in which the company works. It is a memorable afternoon.

During the panel by Maurício de Sousa Produções at CCXP, a live-action series by Jeremias, a character from Turma da Mônica, was announced.
read more
News