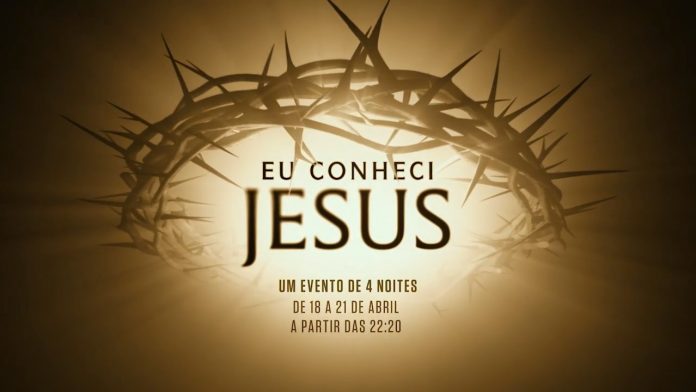 From April 18th to 21st, Thursday to Sunday, HISTORY presents its mega production I Met Jesus (Jesus: His Life), a four-part, eight-hour mini-series that explores the life of Jesus Christ through a unique perspective: that of the characters who were related to Him and who played a fundamental role in his life.

Each of the eight episodes - two will be shown each night - is told from the point of view of the biblical figures who knew Jesus (Greg Barnett) personally, among them, His mother, the Virgin Mary (Houda Echouafni), and His father, Joseph ( Ramin Karimloo), John the Baptist, Caiaphas (Gerald Kyd), Judas (Abhin Galeya), Pontius Pilate, Mary Magdalene (Cassie Bradley) and Peter (John Hopkins). Each character guides viewers through epic and emotional accounts of the most famous man in history, since his birth, death and resurrection, mixing fiction and interviews with important religious and historians.

Jesus' life has always been a topic of debate among religious, scientists and onlookers. And in this Easter season, the debate is reignited.

Much is discussed about Maria's pregnancy, birth, the 3 Kings and others. But nobody really gets to one of the most striking points that really deserve our attention: who were all these people and how did they relate to the life of Jesus?

I Met Jesus not only addresses the life of the Messiah for Christians, but the society of the time and the values of each one.

In times when we discuss feminism, it is good to know in a rational way that Maria, a Jew and a woman, took on a pregnancy without asking permission from any other man. This in those times - and even today - are controversial reasons in society. She was strong and in control of her body. Even though she was chosen by God as shown in the Bible, accept it or not, it was her choice.

Another interesting aspect is that we can analyze that José, like any man, suffered for thinking that Maria had been unfaithful. This shows how much the arrival of Jesus is not surrounded by flourishes and fantasies.

They are simple people, who have difficulties and will suffer for a long time.

The first episode that we have already seen, shows these parts well in a way never shown in another documentary.

The characterization and the way in which the documentary was produced, follow the History pattern, with the dramatization and in its sequence the analysis made by specialists, giving the viewer time to participate, even if indirectly, in this discussion.

The characters are very well presented, running away from the Blond Jesus with Blue Eyes style, but a simple and dark man, with shabby features of the desert.

They are people of the correct ethnicity and regions and not Greeks and Norse.

It is also extremely important to explain why your parents went to Belém, the place where you were born, breaking some legends of having been denied a place to stay, in addition to the reason for those present.

You can be sure that the production of the documentary had a great historical whim, with experts in the field, both in the theological and in the filming.

I Met Jesus is a rational documentary that does not discuss religious ideologies and much less tries to make the viewer believe whether Jesus existed or not. It just gives us a real social and character lesson.

Mark Hamill debuts on HISTORY as the master of the Knights Templar, in the second season of Knightfall

The Vikings series had its season renewed and the fifth year of production, had its trailer released at the San Diego Comic Con 2018.
read more