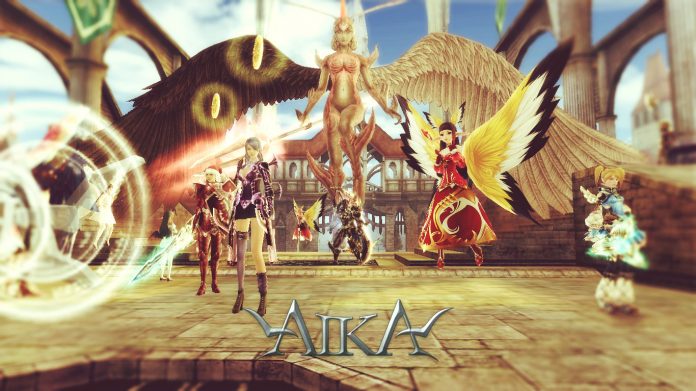 Summer came full force to the MMORPGs free to play Metin2 and Aika, and the Ongame Entertainment today announced the main news of the thematic update for the hottest season of the year, bringing back some of the most fun events and mini-games of the two games.

Check everything in more detail below:

The summer of the Three Kingdoms is not for the weak, with very high temperatures and a sun to crack even the strongest armor. It is precisely to give relief to the tireless warriors of the world of Metin2 that the summer event 2021 arrives with an extra dose of ice cream.

That's right, available to players above level 30, a special NPC will be in each of the cities distributing the missions "Escapando do Calor" and "Get a Black Horse". Regardless of which to choose, enemies of a level equal to or higher than your defeated will have the chance to give ice cream balls to the player.

Gathering scoops of ice cream serves several things. These can either be exchanged for Ice Cream, Ice Cream Cups, among others, delights, which give bonuses to your character, or even exchange for a series of unique items, such as the Black Horse's intimidating mount itself.

Who knew that fishing in the world of Metin2 could be so profitable? Yes. During the entire period of the Temperate Fishing event, every successful catch will have 30% to bring the call Fishing Box x5.

Once in possession of the mysterious box, it can be used to participate in a real puzzle that, once unraveled, guarantees different rewards to the player. The big difference will be in how many pieces are used in their resolution. The fewer parts used, the better your prize.

On Aika's side, the summer update comes a little differently - it's the Aika puzzle. The event works like this: every 10 minutes online, characters with level 70 or higher will receive a unit of the item Enigma Letters Box.

Each of these must then be registered in the event interface and will be used to form words. Each word will refer to a coupon that can be used as a bargaining chip in the event store. Each store item is divided into categories and in each category, a different type of coupon is required. Among the rewards are complete sets of equipment, rare crystals, accessories and more.

'Technomancer' is scheduled for release on June 28