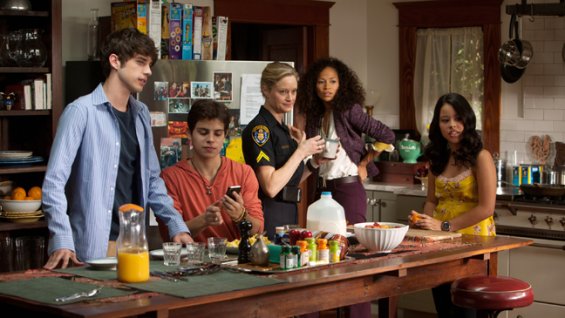 The organization of the Festival Retro Games Brasil announced today that the long-awaited event for lovers of retro games and arcades will take place on May 25 in the city of São Paulo and that tickets are already available at sales site. Conceived by the joint efforts of the community RGB Insidechannel Arcade Players and the WarpZone, the festival's mission is to rescue what is most remarkable in the legacy of consoles, games and retro arcades, and bring together enthusiasts of all ages to have fun, play games, exchange experiences and share their passions.

Initially conceived as a seasonal meeting of the community RGB Inside, the event now takes shape with the addition of new partners to meet an increasing demand from fans. With special guests, diverse attractions such as championships, panels and a great show with the renowned band MegaDriver, the Retro Games Brasil Festival hits the market to become a reference in the segment. Check out the highlights confirmed so far:

[OLD MACHINES AND CONSOLES] Put your chip on the panel and get ready for the game!

Relive the glory of the arcade times by playing on top-notch real arcade machines from top industry players like Capcom, SNK Neo Geo and more. Fighting games, action games and even pinball machines are some of the main attractions for everyone to relive the most incredible moments of the arcades.

One of the hottest names on the world game music scene, MegaDriver will be one of the great attractions of the event. With a set list totally focused on the classic game track, the riffs and vocals of the main hits of the past promise to stir the event's fans on the main stage and on a giant screen. And as a major attraction for the event, the band will play for the first time an unprecedented arrangement of the game Lords of Thunder, one of the most acclaimed shooting games with a Metal-style soundtrack.

[RGB DEMONSTRATIONS] The most crunchy pixels you've ever seen!

The best and most modern equipment in the retro games market will be on display and available for open testing during the event. Get up close and personal with items such as the OSSC line multiplier, the Framemeister scaler, the crystal clear look provided by PVM and BVM monitors, as well as taking a closer look at the main mods that provide absolute picture and sound in your favorite classic games. You've never played video games like that, seeing (and listening) is believing!

Game personalities, youtubers, video game magazine editors, pro-players and other stamped stickers from the retro games market are also present at the event with speeches and special panels that will reveal and remember how it all started and what the future of the passion for games is , consoles and old arcades.

Bringing together some of the best players in Brazil, tournaments Street Fighter Zero 3 and The King of Fighters '98 will face the cream of the fighting games in the best setups and on their original platforms. With great prizes, professional narration and online broadcasting headed by big names in the fighting games community, the Retro Games Brasil Festival tournaments arrive to answer the ultimate question: Do you have what it takes to be the true King of Fighters?

Awards: EFighters arcade controls for the top three in the championship.

Tournaments don't stop there! For speed fans, a mind-boggling competition from Mario Kart 64 it will also summon the best drivers to leave opponents in the dust in competitions for four simultaneous players on the nostalgic Nintendo 64.

[PURCHASE, SALE AND EXCHANGE] Collectors, by the powers of the full set, unite!

In addition to the presence of the best stores specializing in the retro games market such as “A Casa do Videogame”, “WarpZone”, “EFighters”, “Souza Monitores”, “Top Games Brasil” and “GamesCare”, paying guests will also be able to buy, sell or exchange your collection items.

[DRAWINGS] Do you have any gifts?

All paying guests automatically compete for items drawn hourly during the day of the event. Games, accessories and other tempting loots from the world of retro games are on the list of gems that may be yours.

Fabio Michelin, from RGB Inside and one of the creators of the event, commented on the expectation regarding the event:“The Retro Games Brasil Festival is being held by a team of lovers of retro games with know-how in organizing events and offering great experiences to the community. We are confident that visitors will have an unforgettable day filled with nostalgia. ”

Still on expectations for the event, Cleber Marques, from WarpZone, added:“What was just a meeting has turned into an event, and now it's a festival! There are people from all over Brazil confirming their presence. Our guests will be a separate attraction. This is going to be a unique opportunity to see so many influencers gathered in one place. ”

Seeking the comfort and convenience of the public, complementary services such as own parking, transport from the Pirituba station to the event space, eat and drink, Besides security service on site, will also be offered for free by the organization of the Retro Games Brasil Festival.

Voice actors for "Angry Birds" talk about the animation in a ...