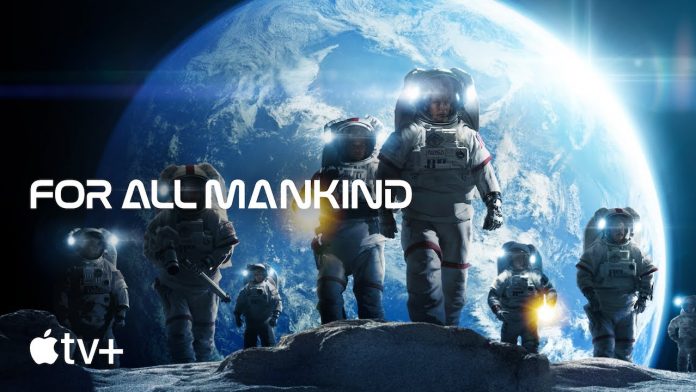 For All Mankindseries AppleTV + had its second season launched in February of that year, addressing an alternative story about the space race mixing fiction with historical figures like Neil Armstrong.

Like other productions, the series was taken by surprise by the pandemic of COVID-19 during the recordings, in an interview with Thunder Wave and the production team learned about the mechanics behind the cameras and what has changed within the sets.

According Stephen McNutt, director of photography, the pandemic did not reach them until March, when it was about two weeks to finish the final episode, so they were out of town. When they returned, they were practically alone being constantly tested until the end of the recordings. He adds: “Even though it was difficult, it was worth it.“.

Jay Redd, responsible for the special effects, said that although the studios were closed there was an adaptation so that they could work at home, with the sending of equipment and for that reason they went through some weeks of inactivity, but that a good part of the team is already dissolved in different locations. , needing to adapt to this new way of working. For John Milo Train, sound designer, says that it was good to have finished recording in the studio because even though it is possible to do the remote work it is much more difficult.

Jill Ohanesson, custom designer, still adds that the time to receive purchases from places like Amazon, it was much larger than normal, so each step needed to be thought out well in advance to avoid delays.

When we asked about the difficulties of portraying that time and the technical help they had Jill He told us that they had the support of an astronaut who has been with them since the beginning and who worked at SpaceX, offering valuable information about what would work and what would not.

They also counted on the valuable help of Michael and Denise Okuda, Okudas (known for working in Star Trek), who were often backstage and on set, making sure people were pushing the right buttons and the right sequence, they know the sequence of operations and technical information, but are also able to interpret it in an artistic way .

Asked about expectations for the third season and if anything needed to change the planning for the pandemic, Stephen he says that the greatest difficulty, as at the end of the recording of the second season, is having a limited number of people on the film sets, and if they need to make any changes, it is necessary to think about who needs to leave before someone else can enter. That amount includes actors and the team, being a challenge that they will have to face for a while.

For All Mankind is available on AppleTV +.