Knightfall: The Holy Grail War, a new series from History, transports the viewer to the Middle Ages 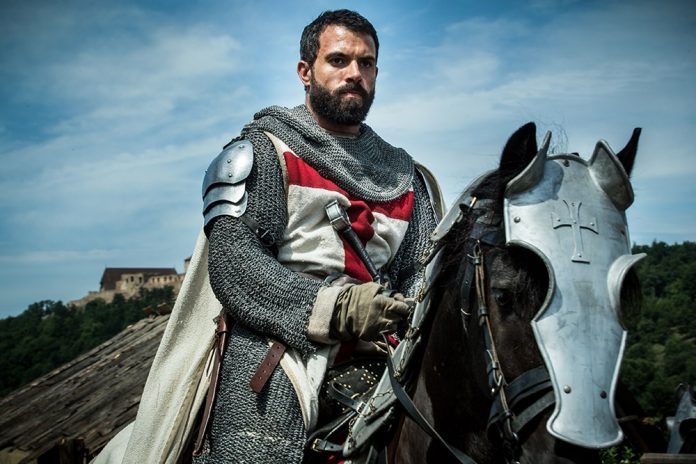 Debuting this Thursday (22), on the channel History, exclusively throughout Latin America, the drama series Knightfall: The Holy Grail War. Focused on the Order of the Templars, the series delves into the events that preceded the fateful conflict on October 13, 1307, which set the date, making it a synonym for bad luck.

The plot begins after the Fall of Acre, a time when the Knights Templar who escorted the Holy grail they end up losing it on a shipwreck, causing the Order to be expelled from the Holy Land. 15 years later, in Paris, the Knight Landry (Tom Cullen) leads a quest for the Chalice, while dealing with a conspiracy against the Jewish people.

Certainly the great highlight of the series is to bring to the public a historical explanation of a very little explored event. With a remarkable scenario of the time, the production is visually interesting, full of details. This pilot also presents some of the other members of the Order, in addition to royalty and essential characters who will play an important role in this conspiracy, but does not delve into any of them, leaving explanations about the situation of royalty at the time and transforming each character in a protagonist of the episode.

Explaining an interesting conflict, which was very striking, Knightfall: The Holy Grail War pleases by the historical content and by the stronger scenes that represent violence in the Middle Ages very well, besides, of course, the great cast that is very competent in their performances.

Knightfall: The Holy Grail War opens on Thursday, February 22, at 10:40 pm, in History.

Biologist Adam Thorn and animal handler Rob "Caveman" Alleva travel the world to be bitten and stung by the most dangerous animals in Animal Attack.
read more
Television

The crocodile population has exceeded the capacity of hunters, and now the territory is in danger of being dominated by beasts
read more
Television

In the new Brazilian series of History, criminal experts unveil emblematic deaths from the period of repression