Thunder Wave
Start Movies News The Law of the Night: Check out the new trailer for the feature starring ...

The Law of the Night: Check out the new trailer for the feature starring Ben Affleck 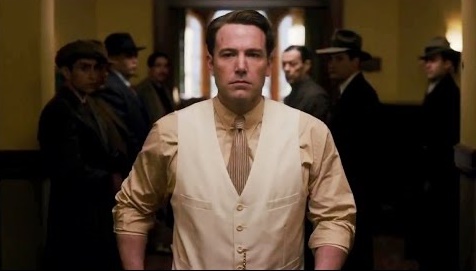 It came out today in the new trailer subtitled The Law of the Night, new feature directed and starring Ben Affleck.

The video brings some details of the life of Joe Coughlin (Affleck), in addition to investing in sequences of action scenes.

Based on the novel The Children of the Night, in Dennis Lehane, The Law of the Night it is in the turbulent 1920s, when the prohibition of American Prohibition did not interrupt the flow of drinks in 'underground' establishments run by good-natured mobsters. The opportunity to gain power and money was available to any man with enough ambition and nerves, and Joe Coughlin, the son of the Boston Police Superintendent, long ago left behind his rigid education to succumb to the adrenaline rush of being an outsider. of law.

But even among criminals there are rules, and Joe disobeys the biggest one: double-betraying a powerful mafia boss, stealing his money and his wife. The blazing romance ends in tragedy, and Joe begins to take a route of revenge, in which ambition, romance and betrayal take him from the Boston underworld to the smoky steps of the rum smuggling basements in the city of Tampa.

Made by Leonardo DiCaprio and Jennifer Davisson, The Law of the Night is scheduled to debut on February 23, 2017 in Brazil.

Ben Affleck reveals the reasons for leaving his role in The Batman.
read more
Columns
Yes, we fell. Mea-culpa: Thunder was a victim of fake news and was carried away by the appearances of the terms "IT'S OFFICIAL!", "CONFIRMED!", Where nothing was ...
read more
Netflix

Bingo - The King of Mornings: Watch the first trailer of ...