Reading is always good - Difference between Manga, Manhwas and Manhuas 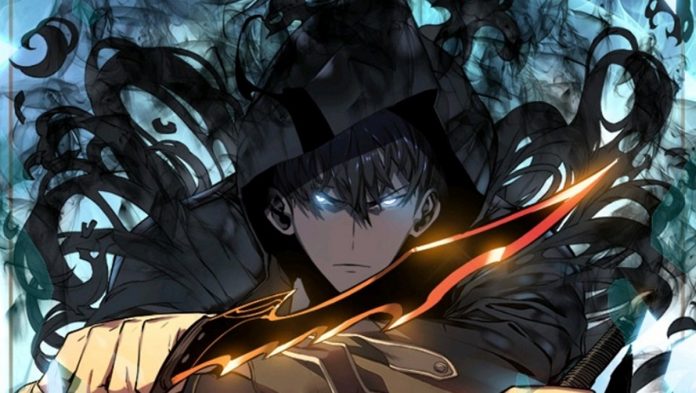 Querideeess !! As usual for your “indescribably clueless and aspiring writer” of yours, this first paragraph is for some explanations and daydreams about it. As always, loves, there is the possibility of jumping to the owner of the text title, known by some as (amazingly): matter. But if you, like me, like a little explanation there and one here, I invite you all to read these two paragraphs that will follow.

“Wow, I was very busy and accumulated… I was without sleep, a lot going on and so on…” Yes, I could say this in a convincing way and let it go, but in reality, what happened was a lack of organization and tiredness. It wasn't crowded, but what I had to do was stopped by tiredness, and that was preventing me from giving 100% of my energy, you know? Anyway, now, loaded and ready to deliver 200%, I came back, and with me, my crazy and interactive texts.

Manga is a great tradition of mine, as are comics. As soon as I started working, every beginning or end of the month, I dedicated part of my salary to buy some new chapter of history that I was following at the time. They themselves are already a great Japanese cultural symbol. Despite having become more popular in the 1940s, the manga has a much older and longer history. In order to record the legends that were presented by Oricom Shohatsu (the puppet theaters / shadow theater), the stories started to be written and often illustrated on parchments. From that moment on, our dear ones and gentlemen (since the beautiful ones have existed all this time, right folks, it's crazy ...) mangas have appeared.

One of the masters of this art that we consume so much (now I'm really speaking for myself, my salary that says, right, amo) was the great Osamu Tezuka, who is the creator of “Astro Boy”.

He was the guy responsible for making the manga stands out for a physical characteristic of the characters that conveys feelings and sensations. What characteristic is that? I'll give you time to think ...

If you, being of light, thought of eyes, good boy, it is for you that I keep making these texts that do not respect grammatical rules, chronological order, personal distance, or the basics, right, as a line of reasoning ... Anyway, TMJ!

Continuing here, it is very necessary to understand the importance of manga, because without it, there would be none; my; our dear anime no, saw filhx! Yeah… “Oh, but I don't like to read….”, “I can't understand the manga because he's all crazy ...”, “Gee, it's black and white, I can't understand…” and “AH , I DON'T SEE GRACE ... ”These are all phrases that I HAD to hear… As my grandmother would say, better to hear that than to be deaf, right ?! But it is… (The last one I left in caps because the person shouted this at me after I destroyed all the other delx arguments, so here's the tip for you to understand that I can be a little, slightly, slightly insistent).

There are several types of manga. If you're looking for a specific one and don't know where to start, it might be nice to understand which core you like best. The division is very similar to that of the anime, because as I said, the father, mother, grandmother, aunt, niece, neighbor, of the anime is the manga. And like that, this one also has its divisions. Shonen who is more action and fighting, Shoujo, who has a more romantic touch, Kodomo, who is more childish, and so on .. (originally they are divided by gender, one is thought for teenage girls, another for teenage boys, but since I don’t believe in this clowning, I share it like that from up there, close? Are we good? That's it, follow the dance). Anyway, the list is huge. I'm scratching myself to write a review about some animes that I'm kind of addicted to, I admit, that are of terror and some Gore (s), that are not necessarily of terror but that are "pokasideia" to show violence. (Tarantinos from Japan, are they connected?) I'll finish some and then I'll bring it, okay? Our promise of each writing, which only you are able to charge me!

Anyway, in addition to the manga, we have also seen another type of comic that is giving the name to the nerds on duty, especially now in 2020. I am referring to the Manhwa and the Manhua. Yes, they are very similar, but no, they are not the same. Yes, they are before 2020. No, I did not know before that year. Yes, they are as addictive as manga. No, there is no way to decide which is the best ... Yes, you can continue this list forever, and no, that is not my intention.

Manhwa is the Korean version of the manga. Despite being similar, the morning is colorful and some even have a soundtrack to accompany the story, I was reading one these days that the soundtrack even had a playlist on Spotify. That's right, my peers, with no limits for innovations ... In fact, we have some that became well known and won their versions in anime dubbed in Japanese. This is the case of “The God of High School” for example, which was serialized now in 2020, and this year's “Tower of God” as well.

Both became animes through the Crunchyroll platform and both are manhwas that are easily found in Webtoon, a massive App, created in 2003 and that for those who want to know more about this type of comic, everything is well divided by cores, dramas , action, romance, horror etc and it's pretty cool to start. You can also get to know the authors, through the social networks available on the App. Ah, modernity, isn't it, my dear ?! A good thing for the unsuspecting western crowd, is that the reading order of the manhwa is similar to that of the comic books, from left to right. Not that reading apps make any difference, after all, you have that option in many. As not everything is flowers, the app is kind of gringo so you can only read in English “oh but I can read in English, this is not a problem” Ta queridx, let out fires… For you, guerreirx of faith, Manga Livre has translated some but is well behind the publications, calm down, just be patient they finish. The stories are very good, as much as the manga, and this new way of seeing everything colorful and sometimes, with sound, is a good thing for those who like it but undeniably different for everyone. The manhua is the Chinese version of the comics, also very similar, but with not so exaggerated features, they come closer to the more realistic drawings but we still have to realize that it is different.

When you have access to the reading material of what you are watching, you have more property to criticize. In the same way that soccer kids choose ex players to comment on a match, you know? It's nice to have the differences between one and the other because sometimes, the author of the original is not the director or producer of the anime, and this can generate a great aesthetic difference in the work. It happened with "The god of High School", who read knows that the manhwa gave a painful there. It works the same as book-based movies, you know? (I will never get over what they did with Rick Riordan's Percy Jackson books and movies).

Another important thing is that reading is always very useful and very good. Sometimes you are too lazy to start any kind of reading and sometimes it just doesn't belong to you, this desire and curiosity… But maybe you are just reading something wrong, something not for you… Why not start or try something more fun, more artistic, more detailed ?! If today I can manage to read academic texts, read journalistic articles until the end, read books on specific subjects, among others, it is because of my history of manga and comics in, I will not lie… Alias, thank you!

Anyway, now two tips and a promise for you to follow the dance with a good and diverse reading.

The promise now is that I'll be back with this anime and manga chat soon so we can only talk about horror anime. Who knows in this new text, we can’t be any sooner, right Elo, without so many excuses, without much delay… Éeeeeeeeee… Loves, you already know me, right… Come on!?!?

(I won't even explain the ref of that last sentence in, for God's sake ...)

And that's it, without further ado, I spoke horrors to get to the most important questions:

Do you read any of those I mentioned there?

How do you read?

Until the next text!

My Hero Academia: Heroes Rising has a simpler story than the previous ones, but even so, it manages to be superior to the last feature.
read more
Reviews | Manga

Book Review: The Girl on the Other Side #3 (Totsukuni no Shoujo) - Nagabe

Growth. This is a word to define the third edition of Darkside Books.
read more
Review

Deku and All Might are invited to the main worldwide exhibition of Quirk skills and technological innovations of heroes: the I-Expo. There, Deku ...
read more