Lino goes through trouble in the streets in new animation scene 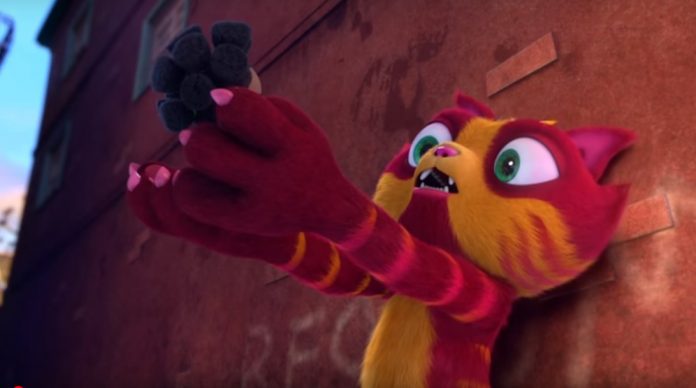 Imagine the confusion that a cat the size of a person would cause when running around the city. This is what happens in a recently released scene of Lino.

Lino is a very unlucky party animator who can't take his job anymore because he needs to dress up every day in a horrible fantasy of a giant cat and always endure the same routine of child abuse. Tired of everything and trying to get rid of bad luck who pursues him, Lino decides to seek the help of Don Leon, an alleged “wizard” not very talented, who turns him into just what he most wanted to get rid of: his own fantasy!

Fox Film released the first trailer for the film Meu Amigo Enzo (The Art of Racing in the Rain), by the same producers of "Marley and Me" about the exciting journey of an aspiring Formula 1 driver and his faithful companion Enzo , a very smart golden retriever.
read more
Reviews

Tolkien is a film for those who want to understand more about the person behind the books, and to be captivated even more by the author's story.
read more

Emoji - The Movie: New trailer is released at the ...

Disney announces the production of The Lion Guard, animation inspired ...