Thunder Wave
Start Series News Locke & Key | See where each key was hidden and the ... 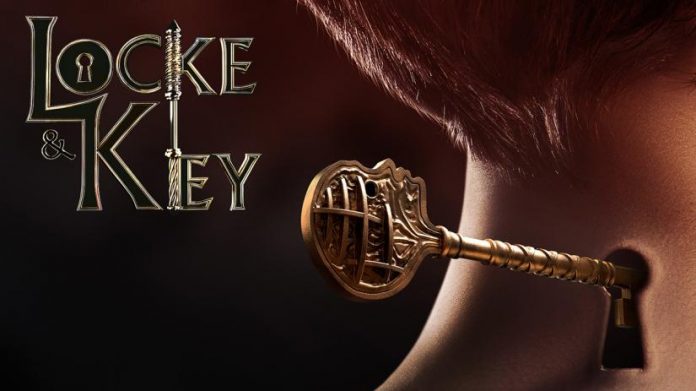 Who has reached the end of first season of Locke & Key, which was launched on Friday Netflix, is familiar with the many keys that Locke children find throughout these 10 episodes and their importance. With the total of 12 keys collected, it may be that some of them have already escaped the public's memory and for this reason, we have separated a list that shows each of the keys, saying where they were and what to do. Check it out below.

Where were you: Rendell took the slot and put it on a bracelet that belonged to Erin.

This key is the first key that Bode finds at the Keyhouse. As Dodge explains to him - when she is still stuck in the wellhouse and claims to be Bode's “echo” - this key allows you to go anywhere in the world you want - but with ease. Bode soon discovers that the key allows you to travel anywhere in the world you want to go - if that location has a door that you can imagine in your mind. You need to know what a door is like to travel, Dodge later tells Bode.

Where were you: Kept with Ellie.

The Echo Key is used to summon an “echo” of a deceased person at the Keyhouse wellhouse. Ellie does this to bring Lucas back - which really ends up awakening Dodge. Therefore, as we have learned, although an echo appears to be a replica of the deceased, it is not an exact copy. The echo cannot leave the well either - unless they have Anywhere Key.

Where were you: In Chamberlain Locke's painting

The Phantom Key allows the user to leave his body and become a ghost when inserted in a specific Keyhouse door (the one with the same skull symbol printed on the key itself). As a ghost, the user can fly and interact with other ghosts, but is unable to be seen by the living. It is important to note that the door that accompanies the Key must remain open while the key is in use; otherwise, the person who left his body will die.

Where were you: Garbage Disposer

Opens a mirrored portal to "The Prison of Self," a place that Dodge says many people died trying to escape. It is used only once in the series.

Where were you: Inside the vacuum cleaner

This key allows the user to open a literal door inside a person's head, giving him access to that person's memories, knowledge and emotions. Each door and space in the “head” is different, complementing the personality of the person you are inside the head. Using the key, you can put things on someone's head and take them out.

Remember that this key is very different from the original version of the HQ. In comics, the key literally tilts the top of someone's head and you can look inside the head and see the inner workings of the brain.

Where were you: Locke's house keychain

This key is incredibly powerful when combined with the Crown of Shadows. The key and crown together allow the wearer to control a group of shadow-like creatures.

Where were you: On the sewing machine

This key must be used with the patch cabinet itself to repair anything. Bode does not discover this right away, but when Nina breaks his mug, he accidentally puts it there and the same entire lap.

Where were you: Inside the piano

This Key allows the person who inserts it into the accompanying magic music box to have complete control over other people.

Where were you: With Mark Cho before Dodge caught up with him

This key sets fire to everything it touches.

Where were you: Saved with Ellie

Allows the user to change a person's visual appearance after inserting the key into that person's chin. It can change the “identity” of other people besides that you have it in power.

Where were you: Inside the vase in the cemetery

The key allows the user to control any plant. Teenager Rendell and his friends, also known as the Guardians of the Keys, used the tree as a hiding place for some of their younger brother Duncan's memories.

Where were you: In Rendell's urn

This key opens the black door in the Matheson sea caves. We don't know much about the world beyond that door, but we do know that this is where the demon Dodge came from in the first place, when Rendell and his friends opened the door when they were teenagers and a “glowing bullet, containing the demonic essence of Dodge hit Lucas".