Mark Sheppard from Supernatural will be present at Horror Expo 2019 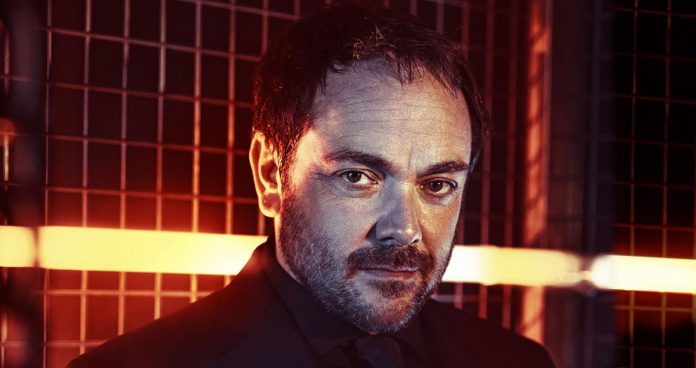 Mark Sheppard, 54, British actor world renowned for living Crowley, the king of hell, for eight seasons followed by Supernatural, a successful series exhibited in Brazil by Warner Channel, is the latest confirmed attraction for the HORROR EXPO 2019. The biggest event focused on the culture of horror ever held in Latin America, covering cinema, TV, streaming, games, literature and pop culture, will be held between October 18th to 20th at Expo Center Norte, in São Paulo / SP.

Visiting Brazilian fans, Sheppard will be present every day of the event and will hold a special panel on his career on Saturday, the 19th, opening for questions and answers from the public. Throughout the event, he will participate in autograph and photo sessions, sold separately to those present, in addition to selected Meet & Greet.

Besides Mark Sheppard, the organization of HORROR EXPO 2019 announced so far the participation of the filmmaker Mick Garris, longtime partner of Steven Spielberg, Stephen King and Michael Jackson, who directed and / or wrote great horror / terror classics for film and TV; the artist Derek Riggs, known worldwide for being responsible for many of the classic album covers of the British Iron Maiden and the creation of "Eddie", a mascot that accompanies the band's art from its beginnings to the present day; and the actress Naomi Grossman, who played the character Pepper in "American Horror Story: Asylum" and "American Horror Story: Freak Show" and returned as Samantha Crowe in "American Horror Story: Apocalypse".

Of the musical attractions, the Swedish band has been confirmed so far Therion, who will perform on the main stage on Sunday, October 20, making an exclusive repertoire with a focus on the popular album "Theli" (1996) alongside classics from other career works, totaling 90 minutes of the show. Therion will also make a special panel on Saturday, 19, talking about his trajectory, works, inspirations and themes, in addition to answering questions from fans.

Together with artists and professionals from the cinema, TV, music, literature and other sectors, the event will feature major exhibiting brands, stores of articles related to the genre and exclusive experiences. Among those already announced, there are traditional attractions such as Labyrinth of Terror and Cemetery, both developed by Indiana Mystery (a company that operated in large parks like Playcenter, Hopi Hari and Beto Carrero World), and a Abandoned Hospital, thematic activation that will be offered by Prevent Senior and the hospital chain Sancta Maggiore, sponsors of the event. An area of more than 1000 m² was also developed, named as Horror Artists' Pavilion, which will bring together illustrators, authors, comic artists and sculptors.

Tickets from HORROR EXPO 2019 are already available in their second batch, with prices from R$ 170.00, with tickets per day, passports for the three days of the event and VIP ticket options, which give several advantages to the buyer. Any visitor who purchases a full common ticket or a full common passport can purchase their entry at a 50% discount with Horror Expo Solidarity Ticket, by donating 1 kg of dog or cat food, which must be delivered on the day of the event. All HORROR EXPO 2019 ticket sales are operated by Eventbrite and are available for sale on the event's official website, horrorexpo.com.br.

Individual passport for the three days of the event:
2nd Lot: from R$ 484.50 (solidarity entrance and half-entrance)

To find out more details about each ticket format, as well as payment and installment options, visit: horrorexpo.com.br/ingressos/

Supernatural | Producer reveals that end of series will still be filmed

May 14, 2021 0
The Thundew Wave team spoke to the Production Team for the Apple TV + For All Mankind series, check out what they said about the second season's recordings and the challenges for the future.

Rio Biennial will have children's programming with book distribution

Brazil receives the unprecedented exhibition “The Art of Tim Burton”