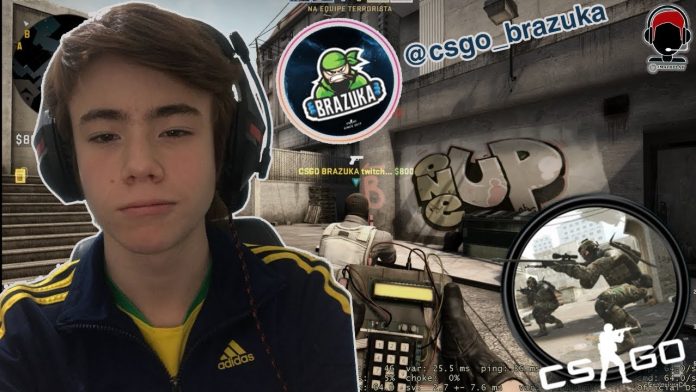 Matheus Ueta, who became known for playing the character Kokimoto, in Carousel and presenting for 3 years the morning Bom Dia & Cia, at the same station, grew up, published a book, won the stages with musical theater and now, he is preparing to take on the biggest challenge of your life so far. At the age of 15, he is the youngest hired to compose the line academy of CS: GO, at Vivo Keyd.

A little over a year ago, after taking part in a game event in São Paulo, the actor, who since he was very young has a passion for electronic games, created his own esports team and started to dedicate part of his free time improving his gamer side.

“I created my team in August 2018. At first, I was afraid that when I joined the gamer community, they would be prejudiced against me being an actor. But it was quite the opposite. I have always been very well received and I am very happy with this new opportunity. Vivo Keyd believed in our potential and I think it is very cool to have people from other areas than television who support me in this new career ”, celebrates uetA - as it is known in the scene.

Matheus, who, a few years ago, dreamed of being a pro player intends to take advantage of the organization's support and dedicate himself to winning not only the championships, but also a place in the main line, when he is of the necessary age.

“People have asked a lot, on social media, if I intend to abandon my acting career to dedicate myself only to the team. As long as possible, I want to try to reconcile things, but it is clear that at this moment I will bet on the org that is betting on me with the same dedication with which I have always done my work on TV, in the cinema and on the stage. So, we are only going because it is now GOVK ”.

Matheus Ueta is an actor, presenter, author, singer and now officially GAMER. He first appeared on TV at the age of 3 doing advertising campaigns. In 2012 he was hired by SBT to play the character Kokimoto, in the remake of the soap opera Carrossel. With all his charisma, he conquered the audience and gained more space on the network. Presented for 3 years the programs “Bom Dia & Cia” and “Saturdays Animated”, in addition to participating in the “Silvio Santos Program”.

With the success, Matheus Ueta was gaining recognition from all the media, receiving the Troféu Imprensa Internet. As an actor, he was also successful outside of TV in three feature films and several plays and musicals, such as Peter Pan, a superproduction by Italian director Billy Bond (playing in July and October), which was the most watched children's musical in 2019.

Vivo Keyd is one of the largest electronic sports clubs in Brazil. Currently has the modalities of: League of Legends, Free Fire, Rainbow Six, and CS: GO. The goal of the club is to be a reference not only in Brazil, but also in the world.

With this objective in mind, today Keyd is recognized for its pioneering spirit at several important moments in its history. In addition to being one of the first e-sports clubs in Brazil, it was the first Western League of Legends team to beat a Korean team. They were also the first organization to take a Brazilian CS: GO team to dispute a Major, starting the trajectory of Fallen and company.

The warrior nickname is commonly used by the community, and is embedded in the history of the Club. Created from a casual conversation between friends Eduardo Kim and André Pontes, they decided to put the name of Keyd in honor of André's uncle, who fought a lot against a disease, a fact that inspires the club's motto until today, “a warrior never give up ”.

About esports in Brazil

According to a study published by the consultancy NewZoo, Brazil currently occupies the thirteenth place in the ranking of countries that most move the game industry. Led by China, with 37.9 million dollars handled annually, followed by the United States and Japan, handing 30.4 million and 19.2 million, respectively. Brazil is the best placed country in Latin America.

Another interesting fact is that Brazil is one of the countries that invest the most time in video games and consume entertainment related to this market. In the final of the 2017 Brazilian League of Legends Championship, for example, 8 thousand people filled the gym to watch the games live, and the competition was watched by more than 2.5 million people through the social networks Twitch and Youtube and the cable channel SporTV.

Another study by NewZoo positions Brazil as the third largest captive public of esports in the world. With about 7.8 million enthusiasts, we are behind only China and the United States, and that number represents more than 8% of the total population of Brazil.

Matheus Ueta, who became known for playing the character Kokimoto, in Carousel and present for 3 years the morning Bom Dia & Cia, in ...
read more
News
The Counter Strike: Global Offensive team of Team oNe eSports will represent Brazil in the TOYOTA Master of CS: GO, which takes place from 22 to 25 of ...
read more