Michael B. Jordan and Florian Munteanu are invited by CCXP to promote 'Creed II' 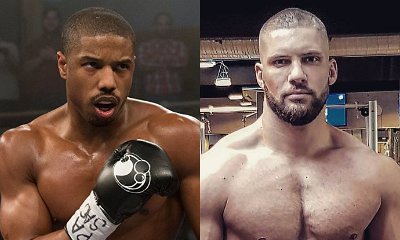 In addition to the presence of the actors, Warner announces the film's premiere during the event.

Michael B. Jordan, who reprises his role as Adonis Creed and produces the new film, will be accompanied on the panel by his co-star Florian “Big Nasty” Munteanu, who plays Viktor Drago. Together on stage, on-screen rivals will talk about the Brazilian debut of the long-awaited sequel to the acclaimed success of 2015, Creed - Born to Fight, the lasting legacy of the saga Rocky, and much more.

In addition to the panel, the presentation of Creed II will continue with a special preview of the film. Creed II arrives in Brazilian cinemas on January 24, 2019, from Warner Bros. Pictures and Metro Goldwyn Mayer Pictures (MGM).

The next vacation destination for pop culture fans has already been decided. On March 18, 2021, CCXP Cruise will depart ...
read more
News

SAGA participates in the 3rd edition of Virada Nerd