Wonder Woman: Know the origin of the character 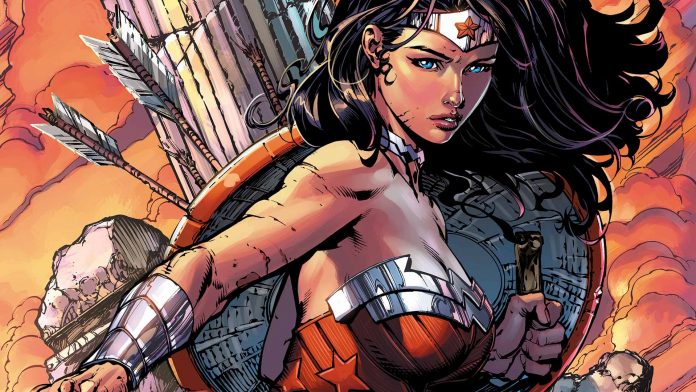 Wonder Woman is an important, strong, warrior and independent heroine, the character has become an icon of feminism. But it was not always so, it became really important after the reformulation that A.D passed after Crisis on the Infinite Lands, where she became more feminine.

Heroin lives in our hearts today. With several adaptations, he has been the protagonist of a series of TV, films and games.

See everything about the origin of this iconic character:

Diana of Themyscira, also known as Diana Prince, was created in 1941, by William Moulton Marston and Harry G. Peter, born out of an idea by Moulton, who wanted a hero who embraced peace and love, and didn't just use brute force to win. It was his wife who advised him to create this character in the female version and thus Diana, the Amazon princess and DC's first female protagonist, was born.

Initially, Diana was created in a magical way, from a clay figure, on the mysterious Paradise Island - a hidden kingdom, later called Themyscira -, by her mother, the Queen Hippolyta. As an adult, during the Second World War, she was sent to the world of men (in this case, the United States), as an ambassador for peace and to fight against enemies such as the Germans and the Japanese.

Its origin has been changed several times in the comics.

Wonder Woman had its first appearance in All- Stars Comics 8, with more masculine features.

However, after the major post-reformulation Crisis on the Infinite Lands, the character gained an appropriate origin and more feminine characteristics, since it openly became a symbol of feminism and in 1987 the bow is launched Gods and Mortals. It shows the birth of Diana, who obtains her powers as a gift from the Goddesses. In this wonderful reformulation of George Perez, the heroine needs to fight Ares and ends up arriving in the United States, where he finds his ally Steve Trevor. It was at this time that Wonder Woman first appeared in the Justice League, in Wonder Woman vol. 2. This arc is being republished by Panini in the collection Legends of the DC Universe- Wonder Woman.

Soon after, Perez launches the saga The Challenge of the Gods, taking the opportunity to reintroduce one of Diana's oldest and most famous enemies, Leopard Woman.

In 2002 it is launched Hiketeia, one of the best stories of the character, remarkable for containing the controversial scene in which Diana faces Batman and he ends up on the floor with the heroine's foot in his face. They meet again in 2006, in Deadly rivalry, when the princess needs the help of the Batman to find the real culprit for the murder for which Themyscira's ambassador is being accused of committing.

The Circle, released in 2008, is another important milestone in the character's trajectory, who, even though this feminist symbol, had not yet had a woman as a screenwriter for her adventures. Gail Simon assumes this challenge in this plot that explores Diana's dark past when the Nazi Captain threatens to bring up a big secret in an attack on the Amazon home.

In 2011 the heroine wins another reboot at Brian Azzarello Stage in New 52. In this new phase, the origin of Wonder Woman changes again and she becomes a demigod, daughter of Hippolyta and the Greek god, Zeus. With more violent attitudes, she is considered the new incarnation of the god of war.

This phase already begins with a relationship between Superman and Diana, so a HQ was created for them, entitled Superman / Wonder Woman. Written by Charles Soule, the story explores the loving relationship of these two superpowered beings.

Diana has superhuman strength, was trained as a warrior and has many skills: Invulnerability, Super Resistance, Super Agility and Speed, Improved Senses, Omni-linguist (ability to speak and understand the language of different civilizations), Eye of Athena (ability to visualize the world with all possible wisdom), flying ability (in some phases), accelerated healing, immortality, super breath and astral projection are some of it.

Wonder Woman it also conquered its space in other media. In 1967 the first attempt was made to start a TV series of the heroine, entitled Wonder Woman: Who's afraid of Diana Prince?, which featured Diana Prince (Ellie Wood Walker) as a clumsy woman; when looking at the mirror she became the heroine Wonder Woman (Linda Harrison). The production did not please and had only one pilot.

In 1975, the series premiered that many have heard about, premiered by Lynda Carter. The work aired until 1979 and was based on the character's first story, set during World War II, showing its origins on Paradise Island.

In the animated version, the Wonder Woman participated in Super Friends drawing produced by Hannah-Barbera Productions. Based on the superheroes of DC Comics. It had several phases, airing from 1973 until 1986.

In 1974 the first film adaptation came out: Wonder Woman. A partnership between the network ABC and the Warner Brothers, it was actually a telefilm starring Cathy Lee Crosby. However with an actress the blonde, a very different costume and a Wonder Woman without powers, the production did not please.

In 2007, a documentary entitled Justice League: Mortal, which did not leave the paper In the same year another Wonder Woman film was shelved, a project that would be scripted and directed by Joss Whedon.

Anyway, in 2016 the heroine got a debut in Batman Vs Superman: The Origin of Justice, lived by Gal Gadot. Now the character is in DC Cinematic Universe, with your solo movie coming to theaters now in June and Justice League already programmed, all with the same protagonist.

Birds of Prey and female-driven heroines

Between DC and Marvel, the protagonists and directors are increasingly present on the big screen. Understand the importance.
read more
News

Wonder Woman 1984 | Check out the first trailer for the film

Suicide Squad: Everything you need to know before the ...

Doctor Strange: Know the origin of the character