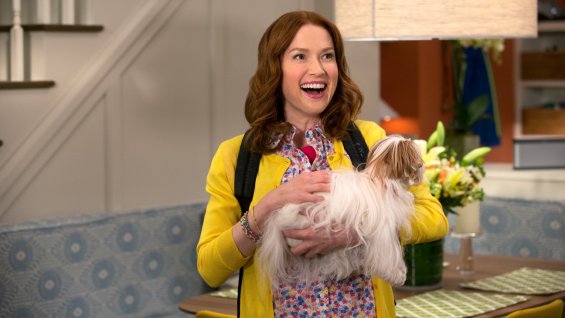 Yesterday debuted in Netflix the new original service series, Unbreakable Kimmy Schmidt. As they make the entire season available, we have already watched it all and come to tell if it is worth catching the popcorn and spending almost six hours watching it.

The answer is: Yes. Created by Tina Fey and Robert Carlock (30 Rock), Unbreakable Kimmy Schmidt it's a very light comedy, with a good support storyline and great characters. It is one of those perfect choices to spend the rest of the day watching after working hard.

Kimmy Schmidt (Ellie Kemper) is one of the “Mole Women”, who were rescued after 15 years living confined by a Reverend who swore that the Apocalypse had happened and was protecting them. Unlike your companions Gretchen (Lauren Adams), Cyndee (Sara Chase) and Donna Maria (Sol Miranda), Kimmy does not return to her hometown and decides to start her life in New York. With just a little money from the indemnity and the clothes on her back, Kimmy has to fight to survive in this modern world, in such a chaotic city.

She quickly finds a home, which she will share with Titus(Tituss Burgess), a gay man who moved to NY with the dream of acting on Broadway, but failed and is broke, not even paying the rent. Since Kimmy is kind and innocent, she gets a job at the millionaire's house Jacqueline Voorhees (Jane Krakowski).

Throughout the season, we see Kimmy trying to adapt to modern terms, trying to improve her education (She was about 15 years old when she was abducted, so she didn't finish school), suffering at the hands of Jacqueline's stepdaughter, Xanthippe (Dylan Gelula), start having love interests and all the things we normally do, but without having lost 15 years of our life.

In no episode did the season decline. The script was careful not to leave anything too repetitive, being constantly changing, whether in Kimmy's life or that of friends. The performances helped a lot in the success of the series, mainly Tituss which quickly became my favorite, I believe that the fact that he and Jane came from 30 and Elli from The Office helped a lot, since they are not new to comedies and adapted to the production style .

The construction of the character of the protagonist deserves many credits for the quality of Unbreakable Kimmy Schmidt, since she has a contagious mood and even though she has had a hard time, not only did she not let herself be shaken, but she still leads positivity to those around her. How can I not hope that Titus can show all his talent in a wonderful role, when Kimmy holds his hand constantly and helps him pursue his dream? This charisma of the character shows us that nothing for her would be impossible, if she has the strength to try. At the same time, she holds Jacqueline's bar, which despite having everything shows a fragile personality and a great lack of self-esteem, just reinforcing how strong Kimmy is. 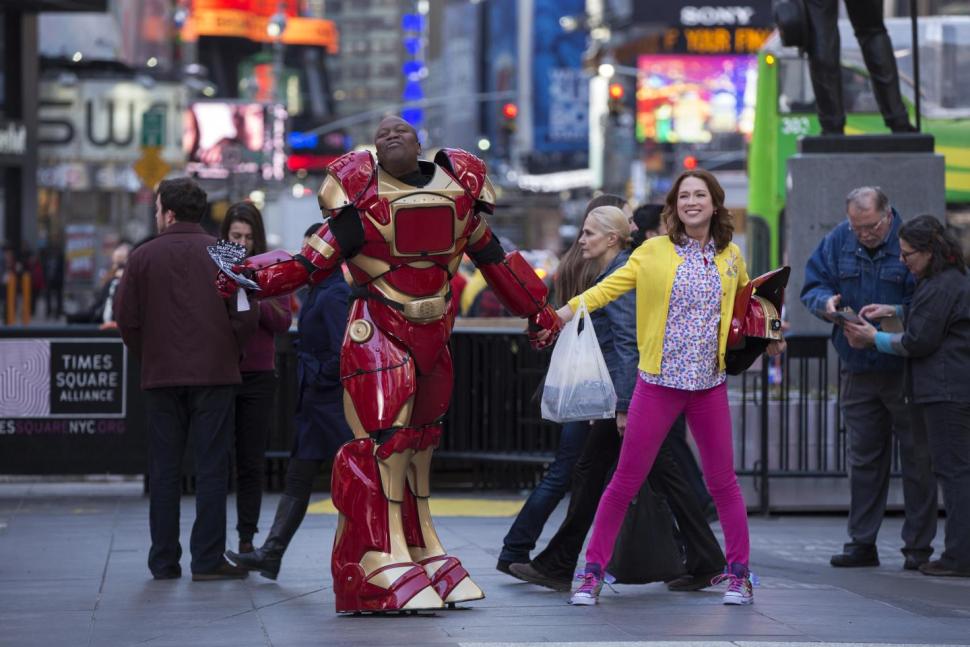 The cherry on top are the references of pop culture present at all times. We always have some current joke hidden in a speech or moment. To make sure viewers are interested in the second season (Unbreakable Kimmy Schmidt has already been renewed and the second season is being produced), in the final episodes we have participations that managed to improve what was already good.

Unbreakable Kimmy Schmidt is now available on Netflix, with a full season of 13 episodes.

Don't Judge the Series by the Pilot: Vikings