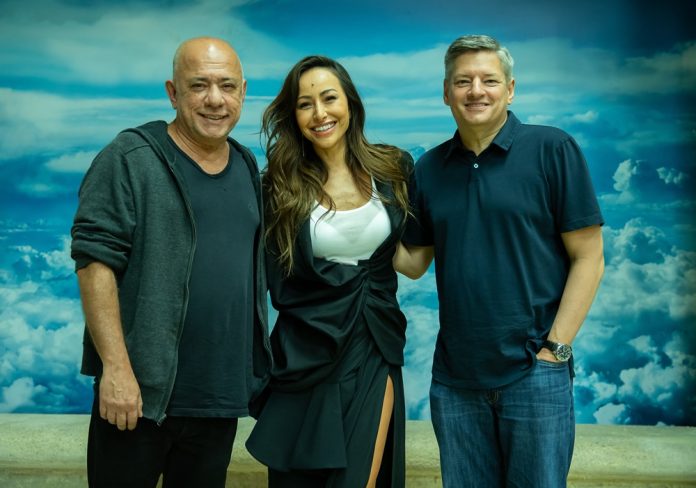 From the creator of Black Mirror, Cláudio Torres signs a Brazilian adaptation under the production of Conspiracy and with the special participation of Sabrina Sato

At the closing panel of the Rio Creative Conference this evening, Netflix, the world's leading Internet entertainment service, announced its first Brazilian zombie show, Reality Z. Based on the acclaimed British production Dead Set, created by Charlie Brooker (Black Mirror), the series was adapted by the winning director of the International Emmy, screenwriter and producer Cláudio Torres and is produced by Conspiracy.

The show narrates in five episodes a zombie apocalypse that imprisons participants and producers of a reality show called Olympus, Casa dos Deuses, on the night of the program's elimination. The studio becomes a haven for those seeking salvation in a Rio de Janeiro where chaos and despair come to reign. Filming has begun, with a cast that includes Guilherme Weber (The business, Real: The Plan Behind History), Ana Hartmann (Where the Strong Are Born, Call Me Bruna), Emilio de Mello (Psi, The Other Side of Paradise), Carla Ribas (Alice's House, Aquarius), Luellem de Castro (Workout, Veronica), Ravel Andrade (Therapy session, Where the Strong Are Born) and Jesus Luz (Battle of the sexes, That kiss), in addition to Sabrina Sato (The Great Victory, The contest) in special participation.

The series is executive produced by Cláudio Torres and Renata Brandão. Cláudio also shares the direction with Rodrigo Monte and the script with João Costa. This is the first collaboration between Netflix and Conspiracy, one of the largest independent producers in Brazil.

“The combination of Cláudio Torres' creative vision, the partnership with Conspiracy and the talent involved in this project will make this adaptation of Dead Set, Charlie Brooker's fun series, a truly special event for horror fans around the world. What’s even more exciting is to see that these zombies from Rio are one of the highlights of a season of 30 original series and Brazilian films in 2020 ″, said Ted Sarandos, Netflix Head of Content.

"It is fascinating to see how Torres rethought the show, set in a city as iconic as Rio de Janeiro and exploring Brazilian pop culture in such a cunning way," said Brooker, creator of Dead Set. Brooker and Sarandos were in Brazil to participate in the Rio Creative Conference and paid a visit to the recording set of Reality Z this week.

“My challenge was to transform an anthological mini-series of five episodes into a series that could have multiple seasons, without losing the spirit, humor and social criticism that Charlie created in Dead Set original. For a fan of fantastic cinema, making the first Brazilian zombie series is a gift that Netflix is giving me ”, says director Cláudio Torres.

Reality Z will be released exclusively on Netflix around the world in 2020, and integrates a season of original Brazilian series full of diversity, including Invisible Cities, Omniscient and Spectros.

Liam McIntyre joins the cast of 'The Flash'