New batch of photo ops, sign card and meet and greet with actor Jim Beaver is announced in partnership with Editora Preview at WPF

In response to public requests and as a way to celebrate the partnership of World Pop Festival with the Preview Magazine, a new batch of photo ops, sign card and meet and greet with the actor Jim Beaver it will start to be sold today, May 30, with promotional price and limited quantity.

The sale will be made through an email request ([email protected]) and also directly at Editora Preview's headquarters, located in the Liberdade neighborhood in São Paulo - Rua da Glória, 279, 5 andar. 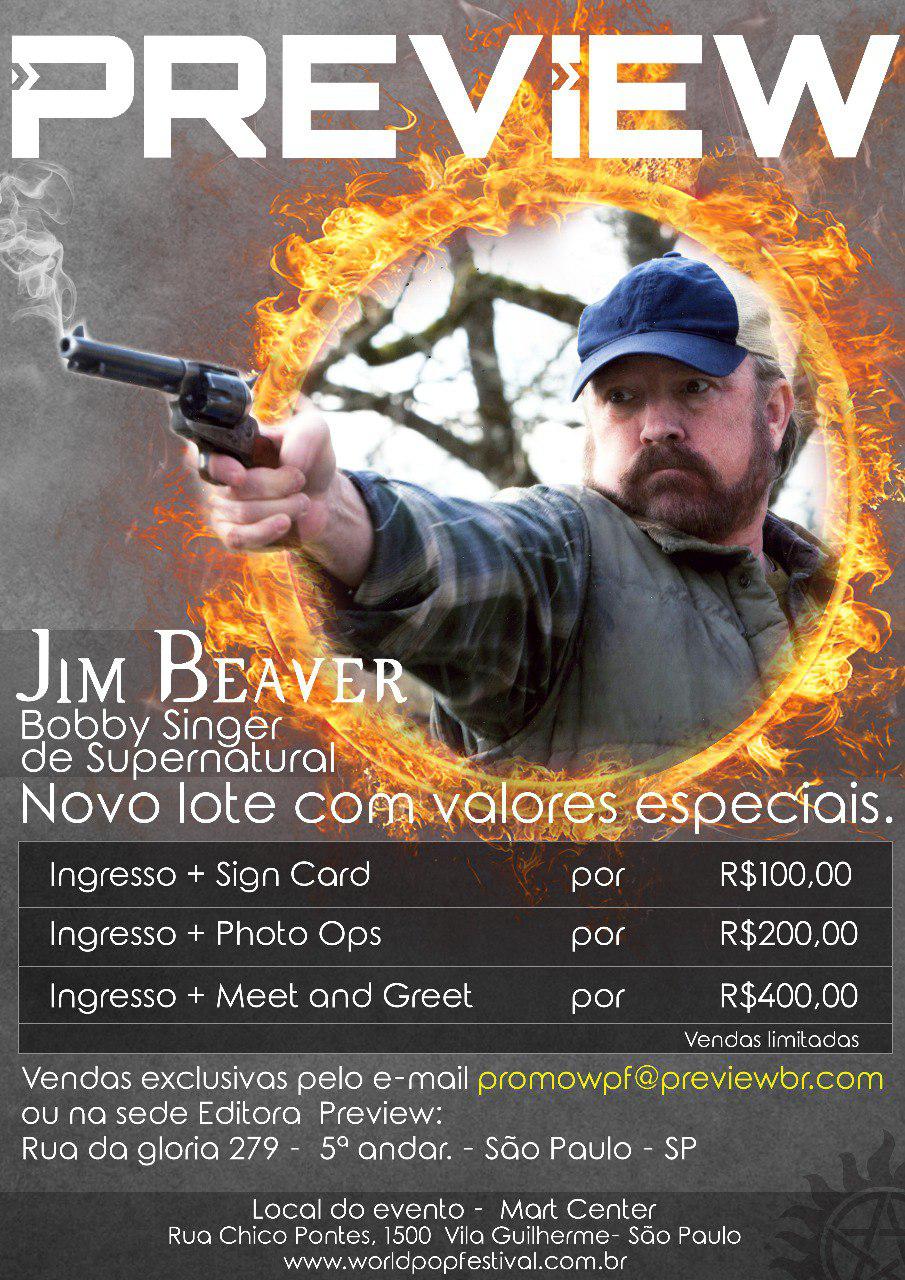 American actor Jim Beaver, interpreter of the grumpy gold digger Ellsworth from the HBO series “Deadwood” and hunter Bobby Singer in “Supernatural” had his presence confirmed at the World Pop Festival in early May and is also known in the United States for writing. and directing plays. In addition, he participated in more than 20 series such as "Justified", "Breaking Bad", "Dexter" and "Days of Our Lives". In film, he acted alongside Nicolas Cage, Kate Winslet and Bruce Willis. In his first visit to Brazil, the actor comes exclusively to participate in the first edition of the World Pop Festival. Beaver will be present at the event on the 21st and 22nd of July, and on both days, she will participate in a 50-minute panel, to talk about her career and, mainly, about “Supernatural”. In addition, the American actor will also receive fans for autograph sessions and individual photo.

Idealized by the journalist Ricardo Matsumoto, Editora Preview is confirmed at the World Pop Festival. Responsible for publishing the eponymous title, the main printed vehicle of the moment on cinema and based on advertisers across the country, the company will have an exclusive area - an auditorium focused on the art of cinema, where in addition to lectures, there will also be a meet and greet with the American actor.

After hiatus, Massacration is confirmed at the World Pop Festival

Jim Beaver, Bobby of Supernatural, is confirmed at the World Pop Festival

March 24, 2021 0
Solution created by students from Colégio Suzano / SP is one of the finalists of the virtual edition of the 19th Brazilian Science and Engineering Fair; voting takes place on Facebook and ends on March 29.