The Themed World of Playing Cards 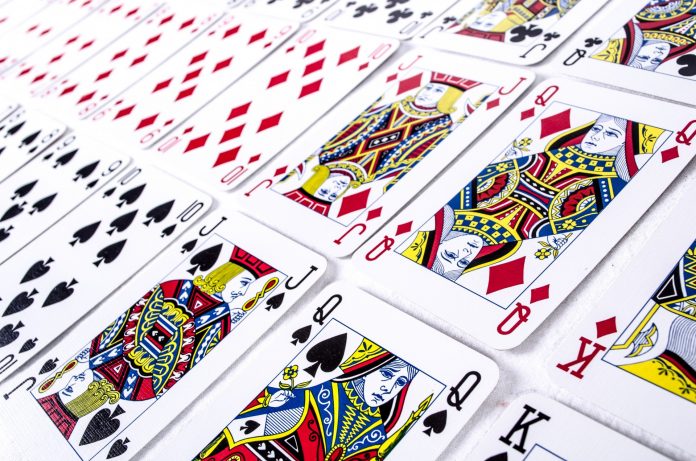 The tradition of playing cards is immense in society. There is no exact record of exactly when the cards were created and introduced into people's routine, but it is certain that this culture has been ingrained for at least five centuries. However, so much tradition does not prevent creativity from being used to personalize the deck.

The culture of entertainment is also portrayed in the letters, and this translates with personalizations of series, drawings and films. Even in football teams this is present, and in the online world the theme is not left out.

Copag, a Brazilian company in the card business with more than 100 years of existence, stands out in this matter. They have already worked on customizing many cards based on TV series. In 2013, for example, they launched a Warner's exclusive line of decks, with Friends, The Big Bang Theory and Supernatural as their theme.

They also made a personalized Star Wars line, with the new trilogy being the main theme. The cards feature the main characters in the saga, and that includes Chewbacca, Darth Vader and Luke Skywalker. All suitable for the practice of poker.

Football teams are not left out of the relationship. Very traditional Brazilian football teams, such as Corinthians, Palmeiras, São Paulo and Flamengo, have their own thematic lines of cards. All of this with a price above the normal deck, of course, but nothing that is impracticable or exorbitant.

If you're a fan of American sports, Amazon makes many decks of teams from the four major leagues (NHL, MLB, NBA and NFL) available for sale. They take a while to arrive in Brazil, but for those who have the patience to wait, it is something worthwhile and has a similar price for the letters here. Among the most popular American sports decks on Amazon are the Boston Red Sox, New England Patriots and an NFL custom.

In the virtual world, such customization is not entirely possible, as most systems are standardized. However, it is possible to customize the browser when playing poker, for example, and make something more intimate when playing online. How PokerStars first deposit, you can play, customize your game space and feel at home.

There are also some models of decks that are a bit exotic, and that are worked with creativity to create an innovative effect. As is the case with this model that has the entire themed deck in gold, with golden cards on the outside and a yellowish tone on the inside.

Outside the traditional 52-card English deck, there are others that are designed to support a different type of game. As is the case with challenging games with superheroes or drawings as a background. Captain America's, for example, has 55 cards and is quite different from the traditional one.

Others, such as Pokémon and the movie series "Cars", also appear in abundance in specialized stores. Those with a different amount than the common deck that support different modalities. Other very popular ones, like Super Trunfo, are very easy to find to buy on the internet.

In a world of so many options and a market that meets the demand of the main series, football teams and movies, playing with a custom deck is a great gateway to learn about other types of cards and become a regular player.

Get ready for the national PlayStation Cup final

The Legend of Zelda- Breath of The Wild: Veja o novo...

Uncharted The Lost Legacy gets a new trailer