Today is Student Day and nothing better than celebrating this date, talking about the cutest student and with an overly fertile imagination. In fact, today is the birthday of this character created by Jim Jinkins: Doug Funnie. 25 years ago (yes, we are classics - better than saying "old", right?), The drawing was premiered on the paid channel Nickelodeon. Later, the animation was shown by Band and still and currently, sort of sporadically, by TV Cultura.

To celebrate, see some curiosities about this beloved drawing:

In addition to 117 episodes and a feature film in 1999, Doug's creator Jim Jinkins also planned a conclusion to the character's story, which never came because his rights were sold to Disney. In the story, a slightly older Doug would be working as a freelance artist in the big city with Skeeter as a roommate.

Doug would not end up with Patti Mayonnaise

The bomb was dropped these days, with Jinkins revealing in interviews that Doug was unlikely to end his eternal platonic love Patti Mayonnaise. "Most people don't end their first love," he said.

In addition to creating one of the most famous characters on the channel, Jinkins was instrumental in forming the channel Nickelodeon itself. While working at Warner, he was one of those who saw the opportunity to create an exclusive content channel for children.

Behind his simple stories, Doug Funnie hides literary references. Doug's over-dramatic older sister, Judith, is inspired by a poem by Virginia Woolf. It is also a tribute to Shakespeare, since in the poem it is said that this would be the name of a sister of the bard.

Doug had life before drawing

The drawing was only aired in 1991, but Doug had been around in Jinkins' consciousness for a long time. He was based on the creator himself in childhood and in 1988 he put a character identical to Doug in a commercial he created. In 1990, the still unnamed character appeared in another commercial, this time with his dog, Costelinha. 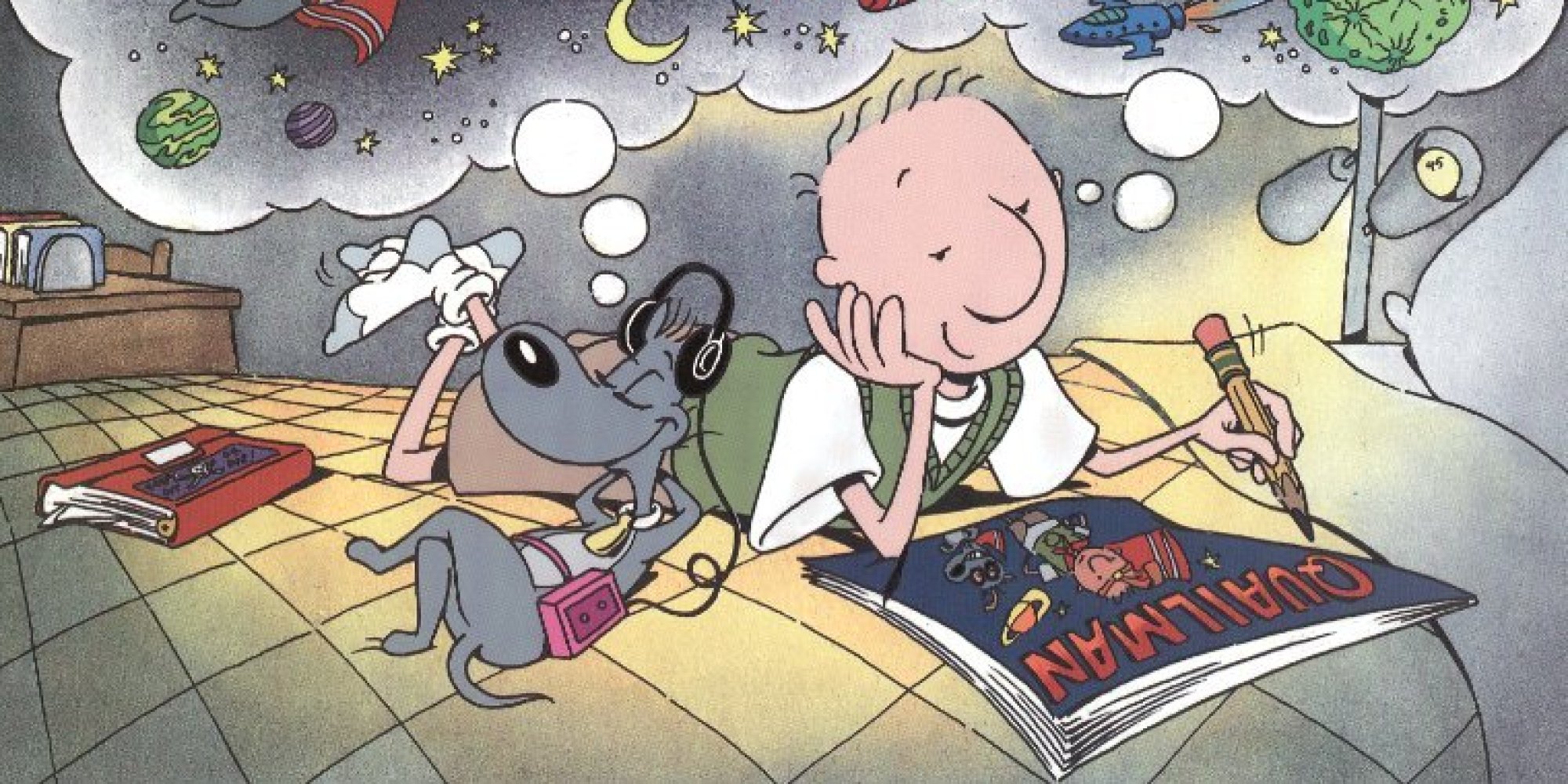 The similarities between creator and creature are many, as well as in the love for the famous beatbox, which would become recurrent in the series.

Doug Funnie's episodes have been replayed on dozens and dozens of channels around the world, minus one: the pilot. This elusive “episode 0” was never shown and as far as we know it is lost forever or locked in some studio file.

Characters based on real people

Not only was Doug based on Jinkins, but several other characters from the series also came from real people with whom the creator lived in childhood. Coach Spitz was called Fritz, the kind and understanding teacher Mrs. Wingo existed, Skeeter was based on a friend named Tommy Roberts and even Patti Mayonnaise was based on a passion that Jinkins had at school.

"The Beets" - Like the characters, Doug's favorite band is a combination of dives from Jinkins' favorites. The Beets is what will come out of a junction between the Beatles, Ramones, Rolling Stones and Smashing Pumpkins. And it is always worth remembering the hilarious names of his hits: "Porridge Matador" and "Let it Beet".

With his effervescent imagination, Doug had several hero alter egos. Smash Adams was a James Bond, Race Canyon was inspired by Indiana Jones and who can forget Doug's “superman”: the Quail Man?

Hey Arnold: The Jungle Movie gets its first official trailer

During the Nickelodeon panel at the New York Comic Con, the official trailer for Hey Arnold: The Jungle Movie was released.
read more
News