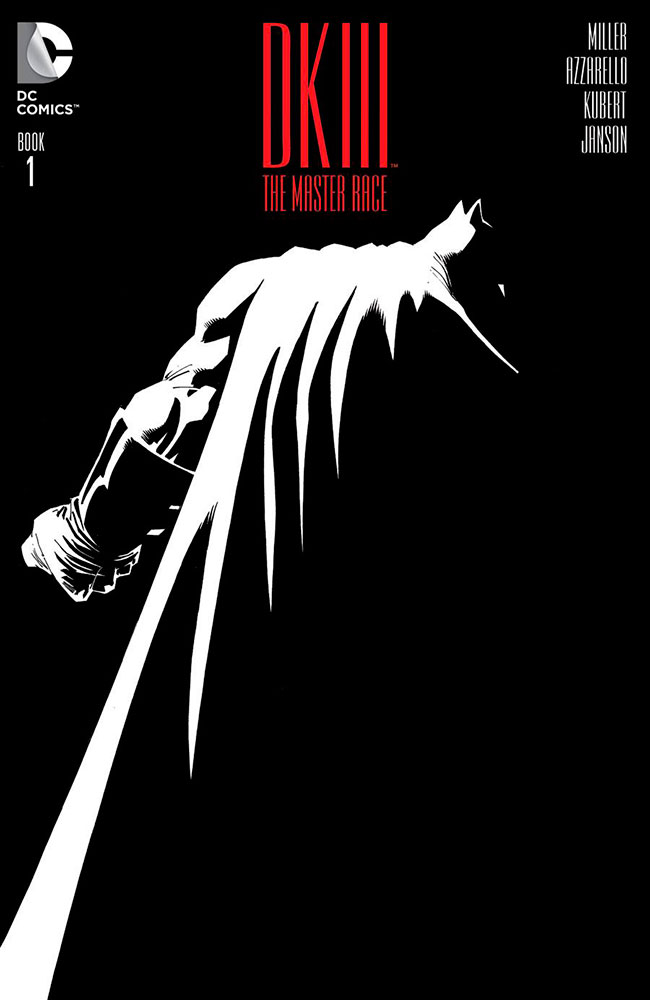 The Panini officially announced the launch of the Brazilian edition of the HQ Dark Knight III - The Superior Race.

The story will be published in eight editions, following American production, and the first volume hits newsstands in the first week of May. The publication will have an American format, with 32 pages, card cover and couché core, and it will include a 16-page mini-magazine in each edition - the first one comes with the story Dark Knight presents: Atom. The cover price is R$ 9.90.

To celebrate this milestone launch in the segment, the Panini produced three variant covers for the first edition created by two of the most prestigious Brazilian artists in the international market, Rafael Albuquerque and Ivan Reis, accompanied by the British Gary Frank. Two of these limited editions will be exclusive to Devir (Ivan Reis) and Comix (Gary Frank) artwork.

In Dark Knight III - The Superior Race, Frank Miller back to the story that catapulted him into the Hall of Legends - this time, alongside screenwriter Brian Azzarello and artists Andy Kubert and Klaus Janson. Challenging everything and everyone, Miller proves that he still concentrates all his talent, presenting a tense, action-packed tale that promises to become a new milestone in comic books and in the Batman universe.

Strength and determination are the keywords of this DC Vertigo novelty.
read more
News

The publisher brings the title that shows the first life of the greatest villain in the Marvel universe, with the presence of great heroes
read more

'Strange World of Jack' will get a sequel in HQ form