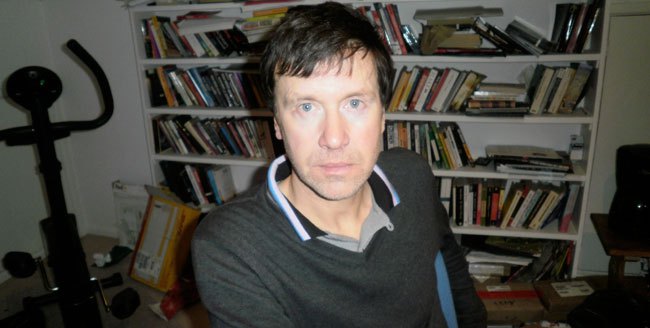 The CCXP - Comic Con Experience, confirms the presence of the British comic Peter Milligan, screenwriter for Hellblazer and Animal Man, works that complete 30 years of launch in 2018, in addition to X-Men, which is 55 years old.

The artist is confirmed every day in special panels and activities in the Artists' Alley, space dedicated to comics within CCXP. The complete schedule of the writer within the event will be released in the coming months.

Peter Milligan is a writer of great prestige in the industry, having been elected “Man of the Year” by Revista Entertainment Weekly for being in forefront of creating comics for more adult and more sophisticated audiences. Your work in Shade, The Changing Man (Shade, The Mutable Man) was considered an attentive and critical look at American culture, while Puzzle, Face and Rogan Gosh contributed to expanding the narrative limits of comic books.

Milligan replaced Grant Morrison in Animal Man (Animal Man) for a series of six editions in 1990 and 1991. In the same year, he became Batman's regular writer in Detective Comics.

In 2001, he joined designer Mike Allred in the title X-Force, then canceled for the launch of X-Statix (X-Tactics, in Brazil). Another revolution: the mercenary heroes left the scene to make way for mutants who are popstars and reality showgoers obsessed with popularity, in stories that parody their own comics. According to Kevin Smith, screenwriter and director of the films Clerks and Chasing Amy, X-Statix was “the most accurate analysis published so far on the manipulation of the media from the point of view of pop culture”. The series received wide media coverage in general, notably by the magazine Rolling Stone.

In late 2008, Milligan took over the series Hellblazer and was the screenwriter to stay ahead of the seminal title of Vertigo that tells the adventures of the magician John Constantine. Also for Vertigo, your work in Human Target served as inspiration for the homonymous TV series.

His most recent works include critical success Britannia, comic about a detective from Ancient Rome, and a retelling of Mummy for Hammer / Titan publisher.

For cinema, Milligan wrote the films Pilgrim (Killing Identity, in Brazil is An Angel for May (An Angel for May). He is currently writing The Prisoner, inspired by the classic TV series, as well as scripts for cinema, among other projects.

Mark Sheppard from Supernatural will be present at Horror Expo 2019