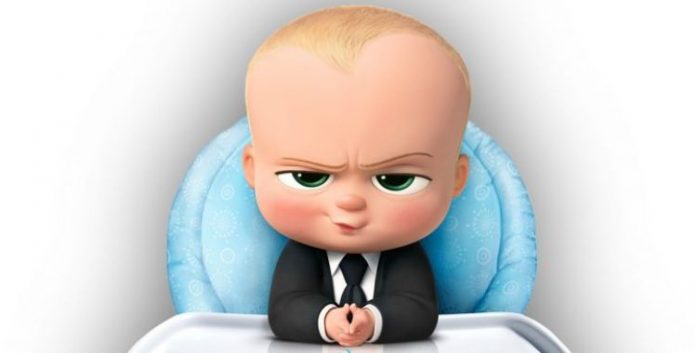 The baby mirrored in Alec Baldwin that has been leading the trailers for The Godfather no doubt left most of the adults in the mood to watch the animation, just for the cuteness of the baby in the suit acting as a businessman. And it is this atmosphere of cuteness that sets the tone of the feature.

I will have to skip this criticism and explain the main question of animation, which would usually be in the final remarks, in order to explain and develop this text correctly. The roadmap for The Godfather you invest in ambiguity and this causes a reaction of eight or eighty in the audience - either you understand the double meaning and think it is great, or you don't believe it and think it's poorly explained. Throughout the film, the great imagination of Tim, the older brother, who tends to pull to the dramatic side and imagine totally absurd situations, such as being grounded and seeing himself in a cell.

This imagination is what makes it clear that in reality, this whole story of a little brother who came out of nowhere, being the head of other babies and having a huge mission ahead of him, is nothing more than a boy's fantasy to deal with a new member in family. However, none of this is clear in the animation, leaving the viewer to interpret as they wish.

Leaving aside the theory of imagination, in short, The Godfather it is cute and full of funny situations, both from everyday life and references to the business world. The plot itself seems to come out of a child's imagination. In it, a corporation - Baby Corp- is maintained only by babies, who actually have the mentality of adults, but a formula allows them to maintain their infant form for as long as they take. The chef is in charge of the mission of discovering the new breed of dog that will be launched, thus promising to end the love that humans have for babies, passing everything to animals.

Among situations that go from absurd to funny, the animation sends an important message to the children, of acceptance of a new brother. Everyone knows that this time is very complicated for a child, sharing a love that until then was unconditional with a new person is scary and the film tries to alleviate this situation, showing children that there is enough love for everyone.

Unlike the animations of Disney, this new work by DreamWorks is aimed almost exclusively at children. The message is clear and will reach only children, leaving adults only a few funny scenes and a lot of unexplained stuff until the ambiguity is shown.

Caring about animation details and soundtrack, Abominable enchants and becomes an excellent option for adults and children, which will captivate everyone.
read more
News