First Impressions | AJ and the Queen 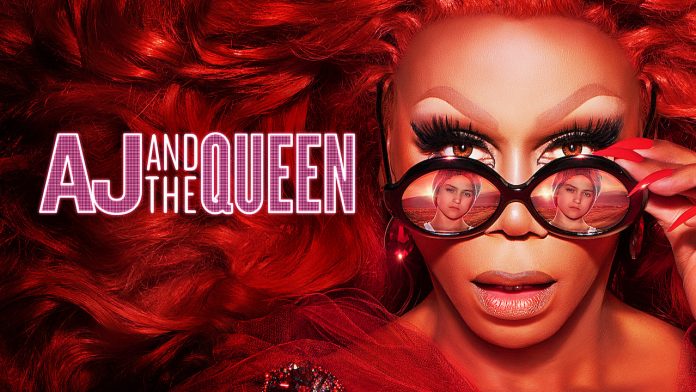 AJ and the Queen is one of the new Netflix series, with the presenter RuPaul (RuPaul's Drag Race) sharing the lead with Izzy G. who plays the role of AJ.

RuPaul plays the role of Robert - Ruby Red, when using Drag -, who is about to open his own club in partnership with her boyfriend, Hector (Josh Segarra), but when handing over a card from a joint account with the hundred thousand dollars, which he collected with his shows, the boyfriend disappears. In addition to facing the breakup and the blow he took, he has to deal with the appearance of AJ, a child who only causes problems for him and his flatmate, Louis (Michael-Leon Wooley), which is a blind Drag Queen.

The main focus of the series is little AJ, the daughter of a prostitute who also has drug problems, and needs to get by, since they were thrown out of the house and she ends up getting involved with Robert who lives in the same building, a few floors down. It is AJ herself who narrates the series, showing that the stage is actually hers.

Showing the main characters well, the interactions between them and the motivation of the season, the first episode is a good start for the series, but without any news. Even dealing with some heavier subjects like drugs and prostitution, the subtle tone that is addressed makes it not a problem, even though it is superficial and shallow.

The first episode gives us a good example of what the series will be like, with a slow pace and events that make us laugh, the script by RuPaul and Michael Patrick King, who worked with the famous Sex and the City and Will & Grace, is light and without major surprises, but with a good ambience of the places. In the first episode we have the participation of dragons enshrined by the program RuPaul's Drag Race, which will happen during all episodes of the series.

Despite a small cast, and a slow pace, the interpretation is not very convincing, and it is very difficult to separate the presenter from the character he represents, mainly because he does not have much nuance beyond those that are already used to seeing in the program he presents, the which reinforces the idea with the presence of many of its former participants.

Even without much convincing and a moderate story, the season maintains a smooth rhythm and without major twists during the episodes, always with a pretext to show the participants of the RuPaul's Drag Race program and a Lip Sync (dubbing). The story is simple, and a good choice for when the options of what is about are not exhausted, or when you want to see something lighter.

First Impressions: Me, Myself & I