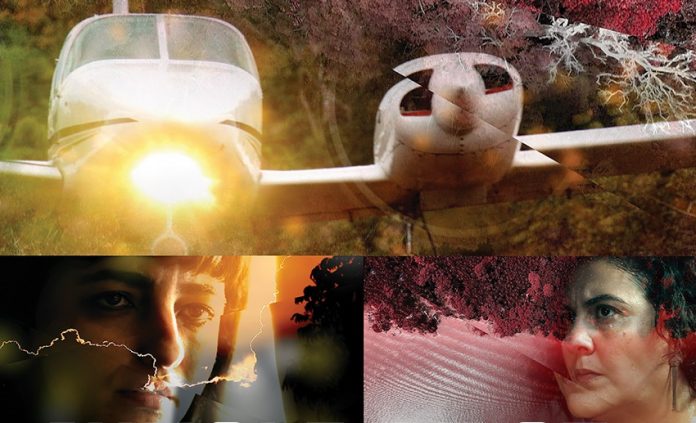 Jungle Pilot is the new miniseries from Universal TV, with 5 episodes and dealing with controversial issues, has the Amazon as its background.

In the story we are introduced to Julius (Démick Lopes), business administrator of the air taxi company, and Maciel (Álamo Phaco), his brother and one of the company's pilots. The central problem is based on the accident that he suffers when making a clandestine trip, Júlio when he realizes that something is wrong goes looking for his brother with the Nubian pilot (Clarissa Pinheiro), that when they find the accident site, they also take the parcel that Maciel was taking, a bag full of money.

In the first episode, we followed not only the main plot unfolding but also some of the parallel stories, and the reality that haunts this part of the country, which is exuberant, but at the same time with several problems. We can follow, for example, one of the local politicians and his truculent actions against those who seek to take care of that piece of land that is his.

We can also notice the attention to detail in the recording, we have some scenes that take place in previous years and the subtlety of using the same type of image that was transmitted at the time gives a special touch to the production. The care with aerial scenes, also leave the miniseries with more exciting scenes, the producers even confirmed that the only casualty that occurred during the recordings was a drone, the same one that recorded the scenes of the accident with Maciel, so that it was as close as possible to the real.

The story is a mixture of suspense and action, being classified as a psychological thriller by the producers. At the launch press conference, there was a comment on the possibility of a second season, yet to be confirmed. The production is the result of a partnership between Universal TV and Giro Filmes.

Basic Unit | 2nd season of the series promises to be bolder

Basic Unit, a series that portrays the public health routine in the country, returns in May with unprecedented scenarios and the promise of being more daring.
read more
Television

4th season of Rotas do Ódio premieres on Universal TV

First Impressions: Once Upon a Time in Wonderland