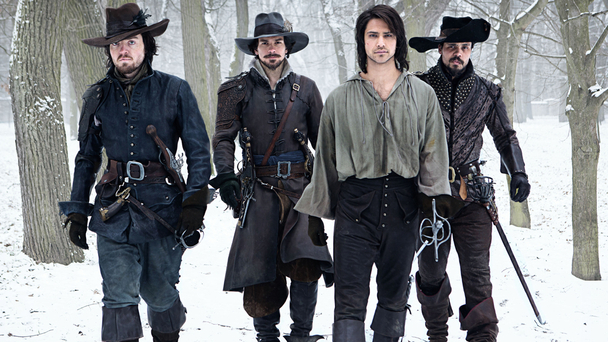 The three Musketeers, work of Alexandre Dumas it must be the most adapted book in existence. Since 1973 we have had films, animations, even more films and now we have the series adapted from BBC One.

The problem with seeing something about the musketeers is that you already think: again ?! Yes, again, but for me, as long as they make a good adaptation (and not crap like the last movie was released), it's good.

The Musketeers, fortunately, falls into this category of good adaptation. Of course, BBC One made its usual changes in history, such as the father of D'artagnan (Luke Pasqualino) to have been murdered, turning his search for the musketeers into revenge, and not his desire to join them. This is the main example, we have some other changes on the way but nothing that will hinder the development of the series.

If, on the one hand, we have the small problems of changing the story, on the other hand we have the perfect representation of the characters' personality. Starting with D'artagnan, who shows all his idiocy (yes, I don't have a milder term for him) without fear, with all the innocence that is possible to have in an inexperienced young man among the best musketeers in the king's guard. 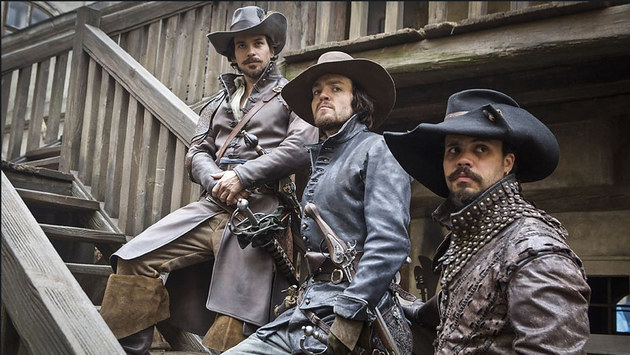 Athos (Tom Burke) was what I thought was best represented. The spirit of strong leadership has always been his characteristic, but behind this seriousness, Athos has always been the most damaged of the musketeers, by the events of his past and this was very well represented with a bottle of drink at his side in his first scene. Tom Burke deserves a mention too, it was not only his character that was well represented, but his dark interpretation with that sexy touch that we know well in the musketeers is perfect.

Porthos (Howard Charles) the team's farreiro. He already appears in a fight with a member of the red guard, because of a card game, right in his first scene. Can you better represent this bohemian spirit of Porthos? This is the character responsible for most of the comic scenes and Howard Charles is doing his job well.

Aramis (Santiago Cabrera) the eternal Don Juan. I believe that everyone was betting that his first scene would be in the bed of a married woman, and everyone was right, however, the surprise was in the fact that the woman was none other than the wife of the Cardinal Richelieu! Just as I thought Santiago Cabrera couldn't get sexier than in his role as Lancelot, in Merlin, he proves he is capable and doubles his sensuality as Aramis. I just missed the religious side of Aramis, who was very little explored in this pilot, but I believe it will be more explored in the future, after all, the character's grace is exactly in the irony of the religious always having affairs with married women. 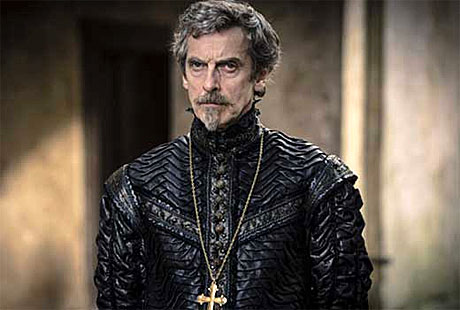 Cardinal Richelieu (Peter Capaldi) is the key part of the series. There is no point in having great heroes if the villain is not even better. Peter Capaldi managed to make the best Cardinal I have ever seen, representing very well the two faces of the character, with all his boundless wickedness hidden behind a gracious and polite Cardinal whose only interest is the good of France and its King Louis XIII (Ryan Gage). Capaldi even managed to make me more relieved about his role as new Doctor.

In addition to the well-represented characters, The Musketeers also has an almost impeccable atmosphere, composed of a very well-represented period scene and perfect costumes. The script, even a little modified, is true to the story and promises to represent the events of the story well.

This pilot won me over, I barely noticed the 1 hour run and I'm already waiting for the next one.

The Musketeers was announced as a miniseries in ten episodes, but it has the potential to be turned into a series.

CCXP 2019 | Amazon confirms presence of The Boys, The Expanse and Star Trek: Picard at the event