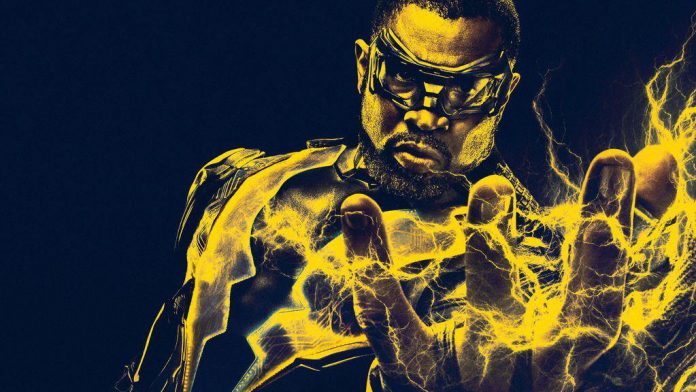 Black Lightning came back! Not for screens, but for Freeland, a city that had to abandon its heroic life for the sake of its family.

The new series Netflix it's really good. It brings a social critique of the violence of the small neighborhoods of big cities, with gangs, in this case the 100, that terrorize from children to the elderly, passing by police that abuse their powers. The theme song beats every time the character uses his powers, setting the tone until we finally see the hero in action.

The racial issue is also present, not only prejudiced against color, but with education. Not everyone accepts people coming from downtown and becoming something beyond that they can be.

Black Lightning it seems to be a heavy series for having these themes, but it is not. It's light, but not so much fun, with hints of laughter. The production leaves the viewer involved with the plot and dramas of each character, without becoming something dramatic and making the episode end with the weight of the world on their shoulders, as in demolisher or Punisher.

The trend is to follow the direction of other DC series, such as Arrow and Flash. But he is neither one nor the other. Black Lightning has its own identity, with a unique history and setting.

From what was said by the creators, it will not belong to the Arrow Universe how Flash. But when it comes to A.D, we can be sure that at some point there will be a Crossover between the series, since one of the scenes in the trailer, reminiscent of a certain cafeteria that Barry and his friends often go to in the Flash series.

The actors are very charismatic and it is impossible not to get involved with their stories. We have, as always, the figure of the rigid father who wants the good of his family, but who is not violent, making his daughters, even if they feel a little trapped, still respect him and love him, as shown by small details.

Each of the daughters of Jeff Pierce, O Black Lightning, it is a little rebellious in its way. A division of who the father was. One idealist and the other adventurous. But nothing in the clichés of turning teenagers in trouble with their parents. They just are what they are and it's over. A positive point for the show.

The ambience follows a brightness with colors, regardless of whether it is day or night, unlike the Arrow series, which by day follows with pastel colors and very dark nights or the Flash that does not matter when, it is always clear in its colors.

The first episode was just a presentation of the character and his family. Of the dramas that involve the community and what will come next.

From the way it was presented, Black Lightning it has everything to be a great series. It's just waiting for the sequel and hoping it doesn't fall into the same category as other hero series: it could have been, but it just became another catalog collection Netflix.