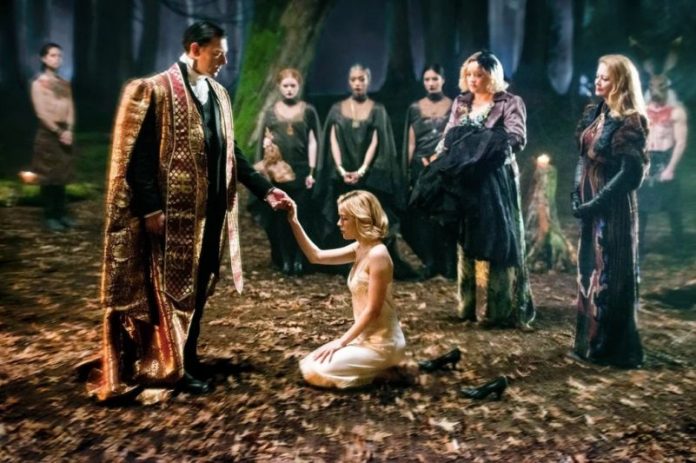 Since the Netflix announced that it would produce a series based on the little witch Sabrina, fans who grew up watching the classic 90s series, were excited by the news. Only instead of a remake, the platform for streaming decided to bring a reboot, something original. It is as if this time, the “real” Sabrina gain a TV adaptation more faithful to its origin.

For those who don't know, Chilling Adventures of Sabrina (The Chilling Adventures of Sabrina) started through the HQ Archie Comics, the same label that launched Riverdale. In fact, there is a visual similarity to the series mentioned above in almost everything. It is as if Sabrina's events were also set in the series in question. This is not harmful to those who watch the plot, which has the same team of producers of Riverdale.

Such familiarity that even the names of cities are similar. While Sabrina resides in Greendale, Riverdale titles the series. Another interesting point to be addressed is that we cannot compare anything, the Sabrina current with that of sitcom from the 90s. Melissa Joan Hart played the character brilliantly for seven seasons of Sabrina the Sorcerer's Apprentice (1996-2003), not to mention the films she also starred in as the little witch. 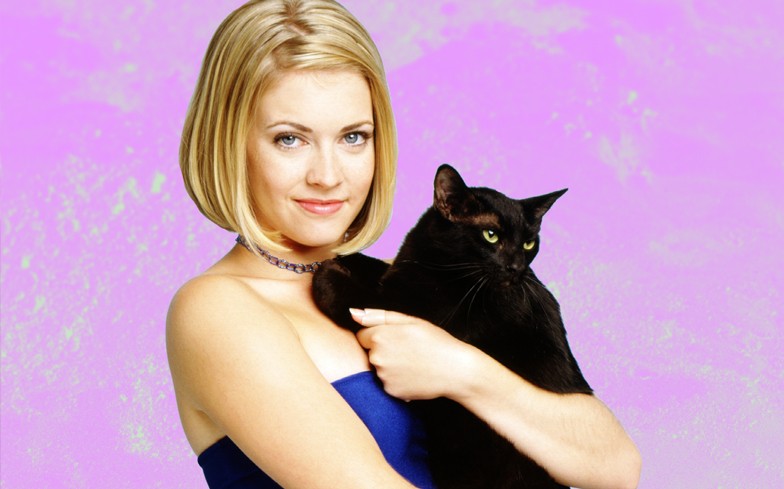 In the late 90s, Sabrina returns to the TV in animation format. With only a single season of 65 episodes, The Sabrina Witch debuted to the delight of the fans. And everything was there again: the aunts, the city of Greendale, the cat Salem. And everything will be in reboot gives Netflix, only different, very different from what we were used to watching. Which, in my view, does not detract from production at all.

In the first hour-long episode, we are introduced to the protagonist. Sabrina Spellman (Kierman Shipka) is a teenager who appears to have a normal life. Have friends, study, date Harvey Kinkle (Ross Lynch) and tries to reconcile his human life with his witch life. She resides in a kind of mausoleum with her two aunts, also witches, Hilda (Lucy Davis) and Zelda (Miranda Otto) and your cousin Ambrose (Chance Perdomo).

The fun in it is when Sabrina you will have to face the forces of evil to save your family, your friends and the light of day and the humans that inhabit it. In the first episode, we see a Sabrina protective, self-possessed and who fights for justice. Feminism is in evidence when the protagonist defends a friend from a case of harassment and the school principal, apathetic about the situation, does nothing to solve the problem and punish those responsible. It is precisely this friend, Susie Putnam (Lachlan Watson), which will be responsible for showing some issues LGBTQs it's from bullying that will be covered in the plot.

The series already begins with strong scenes and heavy dialogues. If you are not bothered by productions that address supernatural themes in a bare and raw way, you will probably like the show. Spells and enchantments are spoken in Latin. The color is "dead", sad. It shows the heavy, the obscure, the hidden, even in daytime scenes. Necromancy, a lot of blood, quotes and invocations to dark spirits, will be present in the series, including the personification of the “tinhoso” himself.

The opening of the series is quite different, it is in cartoons. Through it, it is possible to see what the show will address - not necessarily giving a spoiler than each episode or the entire series will display. This is more of an overview of the program -. Its aesthetic is similar to the original comics of Sabrina. We will have Salem, which in the current series, is presented as a familiar, a kind of guardian that each wizard has.

In short, the series promises to be very promising for lovers of supernatural productions. Anyone who watches thinking that they will relive all their childhood and / or adolescence of the 90s, may find the series different and well dark, which in fact, is the essence of the teenage witch in the series for adults.

Chilling Adventures of Sabrina will have its world premiere next day October 26, in the Netflix.

Despite starting slow and lost, the series still has strengths that manage to arrest the viewer and solve their many problems created.
read more