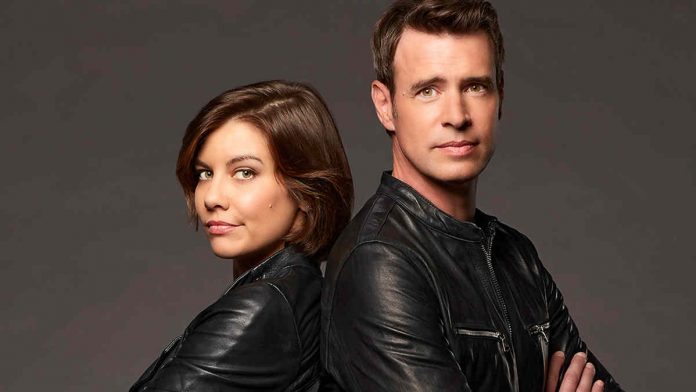 Joining espionage, romance and comedy, Whiskey Cavalier is the new bet of the ABC channel. Its pilot episode aired on February 24 in the USA, and arrives in Brazil on Monday (11) for the Warner Channel.

Whiskey Cavalier right away he shows his proposal. Introducing the protagonist Will Chase (Scott Foley) in a melancholy situation, where he is suffering from being left by his fiancee, to the sound of “Total Eclipse of the Hearth”. This mixture of broken heart and comic relief dictates the tone of the episode, which invests in typical moments of espionage, with all the action and intrigue, packed with fun moments.

Bringing back a theme that usually pleases the public, and has been overlooked by broadcasters, the series conquers in the first minutes. Both for the light and interesting plot and for the main cast.

Scott Foley, who recently stepped out of his much more serious role in Scandall, manages to balance the weight of the protagonist's loss with comic relief, without neglecting his politically correct FBI Agent personality. On top of all that, he still delivers good chemistry with his screen partner Lauren Cohan. Bringing CIA agent Franklin Trowbridge to life, Cohan does not shy away from the "independent woman" roles we are used to seeing, but still stands out for his subtlety and confidence.

Appealing to nostalgia, Tyler James Williams, the eternal Chris of Everybody Hates Chris, closes the circle acting in a simple role, which presents the right jokes at the right times. Incidentally, the actor has worked alongside Lauren Cohan in The Walking Dead.

Even though appealing to some cliché outcomes, Whiskey Cavalier it's a very promising debut. Amid all the espionage ambience, the series arrives with the promise of being perfect to relieve your head after a stressful day, without having to compromise the action for that.

Whiskey Cavalier is shown on Mondays at 9:40 pm on the Warner Channel.

Casa Warner arrives in Brazil with interactive experience for fans

The Witcher Tales: Thronebreaker is now available for Android

F1 2021 prepares for the start of the new generation

June 15, 2021 0
Uniting creativity and technology with a unique teaching method to develop market professionals through innovation and gamification. This is...