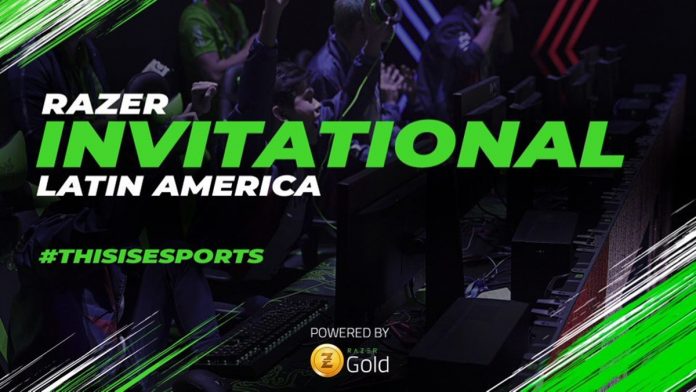 After the success of the first Razer Invitational, held in Southeast Asia in July 2020, Razer, a leading global brand in gamer lifestyle, expands the eSports competition, announces Razer Invitational - Latin America and remains firm in its mission to consolidate a inclusive competition platform for e-sports players of all levels, from amateurs to professionals, who will be able to compete and still represent their countries.

“With Razer Invitational - Southeast Asia, we received huge support from ten countries, which participated with more than 500 teams and 3,500 athletes,” said Zuber Mohammed, Marketing Director at Razer. We are now expanding the Razer Invitational to other regions of the planet to give amateur and professional players the same opportunity, discover more individual talents and instill in each of them a sense of pride in representing their nations in eSports tournaments ”.

Driving eSports in Latin America to the heights

With rich cultural diversity and rapid growth in the gaming market, Latin America is full of talented undiscovered electronic sports players. With Razer Invitational - Latin America, Razer intends to offer more opportunities for athletes in the region to compete, in addition to working side by side with the community and game developers.

Expected to be the biggest regional tournament of the year, the Razer Invitational - Latin America will bring together six countries: Argentina, Brazil, Chile, Mexico, Paraguay and Uruguay. The competitions will be held in four of the most popular sports in the region: Counter-Strike: Global Offensive (CS: GO), Mobile Legends: Bang Bang (MLBB), PlayerUnknown's Battlegrounds Mobile (PUBGM) and League of Legends (only for players from Brazil ).

Razer also aims to provide a great experience for the online audience and will deliver high-quality streams in local languages for fans to make the most of the matches and enjoy every move by the talented competitors in the region. The audience can also expect high level matches from the selections of each country for the lives broadcast on Razer's social channels, both on Facebook and on Twitch. More information on how to watch will be revealed soon.

Information on registration and scheduling for qualifiers will be posted on the official Razer Invitational - Latin America website: www.razer.com/razer-invitational/latam.

Razer is one of the leading eSports brands in the world and for a decade has had a mission to consolidate e-sports as a de facto sport. With professional leagues at the head of the entire eSports ecosystem, it is necessary to offer equal opportunities to athletes of other levels of play and to encourage them to participate in tournaments and gain experience in large-scale competitions.

The Razer Invitational was developed from a vision of equity, diversity and inclusion, and aims to give this expected and necessary competitive experience to a new generation of eSports athletes, while provoking a sense of achievement and pride in those that will represent their countries.

The Razer Invitational was created in 2020 and held for the first time in Southeast Asia in July, after the successful debut of eSports as an official and award-winning sport at the 30th edition of SEA Games 2019.

For more information about Razer Invitational - Latin America, visit  www.razer.com/razer-invitational/latam or the page of Facebook from Razer.

Dennis Ferreira, director of Razer Gold in Latin America, who spoke about the company, COVID and especially about the Razer Invitational.
read more
Events

Razer Gold, one of the biggest virtual credit services for players in the world, arrived in Brazil in September and made it easy to buy games ...
read more
News

Razer has announced a totally original concept of a 27-inch gamer monitor, the Razer Raptor. The novelty will be shown in an initial version ...
read more