Latin Representation: Actress of Cobra Kai talks about the importance of the theme

Snake Kai (2018), one of the most watched series of the Netflix, looks at the 30 years after the events of the original film (the 1984 All Valley Tournament) and follows the story of a failed alcoholic, Johnny Lawrence, who seeks redemption as he reopens the infamous Cobra Kai dojo, rekindling his rivalry with the now. successful Daniel LaRusso, who has struggled to maintain balance in his life without the guidance of his mentor, Mr. Miyagi. Two men who address past traumas and present frustrations in the only way they know how to resolve: through karate.

In addition to an interesting story with important characters, the plot is not just for those who enjoy karate. Something very positive about the series is the issue of the representation of Latino people. The actress Vanessa Rubio, who plays Carmen Diaz, reflected on the importance of the matter.

It's nice to be part of a family unit that looks like it could exist on its own, separate from Cobra Kai; a Latino family, not the stereotypical type of particularly ingrained Latino stories, - said the actress in an interview with THR.

In the work, Rubio gives life to Diaz, mother of karate student Miguel Diaz (Xolo Maridueña). According to the Screen Rant, she and her family break the patterns and stereotypes, as she is a single mother who raises her child alongside Miguel's grandmother. For the actress, the role gives her empowerment and is essential for Latino representation. The actress also emphasizes the representation of this group on the big screen, which is still smaller compared to other groups and this responsibility to be a model, an example for other Latinos means a lot.

In an article published by The globe, we see data from an unprecedented study launched to mark the Month of Latin Heritage in the United States, which reveals the few changes in recent years regarding the representation of this group in the American film industry. On average, in the 1,300 top-grossing films released between 2007 and 2019, only 5% of the more than 51,000 characters were of Latin or Hispanic origin and only 3,5% were protagonists.

However, to talk about representation and its importance, it is necessary to talk about the problem and it is clear that it is in the opportunities offered that it still perpetuates in stereotypes that spread a wrong image of Latino people and these roles with derogatory archetypes limit the understanding of such a culture. rich and important. Some of the stereotypes:

In addition to the negative stereotypes that are perpetuated in the film industry, the lack of people behind the camera, responsible for scripts, directing, post-production and the like, is glaring. It's not enough just to have an actor on screen, but it's necessary to have someone in the production, because then yes, there is a true representation. How is a movie going to portray a Latino character if not even the production has someone from the group to help compose the true image of a Latino? Like any group depicted on screen, Latinos have an extensive culture, relevant struggle stories and are often, unfortunately, portrayed as outlaws, lovers, employees, poor people, rogues or the "fools" who make fun of reaching the timing production comic.

And I really appreciate the character because she represents a very dignified, stable and unified force in this story. – Rubio comments on his character.

Latin representation is something that Snake Kai knew how to work on the series. One thing viewers see on screen is the dynamics of a Latin American family from various perspectives that demystifies negative stereotypes like a teenager who lives a typical high school life, to the obstinate single mother and sweet grandmother who apparently only speaks Spanish, but he knows a lot more than she lets on. The series makes the Diaz family realistic and captivating for viewers and creates a bond that the Latino community can relate to.

The new Cobra Kai episodes will be released on December 31, 2021. Ralph Macchio, William Zabka and Martin Kove, the next chapters will feature Thomas Ian Griffith in the role of Terry Silver. Xolo Maridueña, Mary Mouser, Tanner Buchanan, Jacob Bertrand, Peyton List and more resume their roles in the series. 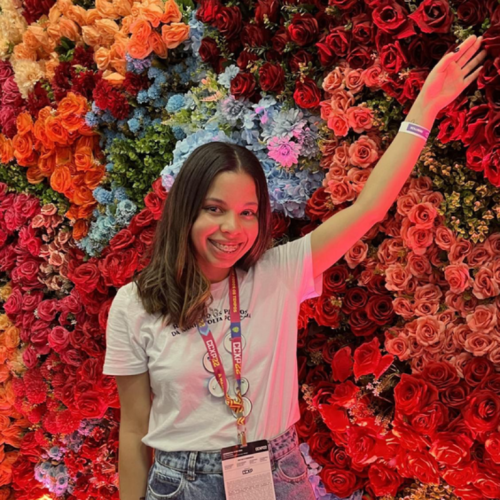 Athens
Athens is the goddess of wisdom, war, beauty and reflection. Here at Thunder Wave, she is known as Taigra Brandão who defends with primacy any film production worthy of respect

Bem Brasil establishes a partnership with eureciclo to environmentally compensate its...