The elite is the sequence of The selection, that narrates the events during the competition that got more intense. Now there are only six girls left to win the heart of the Prince Maxon. How much more America approaches the crown, the more she feels lost. The fact is that she went through many things until she arrived here and is confused by the presence of Aspen that no longer being her boyfriend leaves her in doubt if she is doing the right thing in remaining in the competition. She feels that it is in Aspen's arms that she is protected and loved. But Maxon is so different… The point is that all participants know what they want. And America is about to lose the chance to choose.

For a fraction of a second, I realized that the idea of Maxom falling in love with another made me unbearable jealousy. (America)

It's anything goes in fairy tales. America Singer, unlike the other girls, did not want to be there and not even marry the prince. Maxon manages to convey security, and with it, she feels lighter as if she is in another world. He is calm and more rational than America. As much as he tells her that he sees a wife and a love in her, she doesn't trust him. He who demonstrated many times that he would do anything for her.

During the course of the plot, Maxon and America, who used to have a more relaxed relationship, start fighting and during these disagreements, they gradually move away. With that, he lets himself be graced by the other participants and one of them in particular arouses the desire to want her as a wife, it is the case of Kriss, who truly loves you. We also have America's rival, the wicked and cunning Celeste, who invests in her physical attributes to hook the crown, in the prince she sees only money.

Another issue that affects America is the fact that Aspen is in the Palace. It is placed in a love triangle. America is torn between Aspen and Maxon. On the one hand, we have her first love that ended with her moments before she knew she was one of the Selected. On the other hand, we have the Prince who never loved in life and who does everything to ensure that she has the best and the best. Difficult decision. Who will she choose? We are left with doubt.

In the middle of this emotional mess, there are the attacks that the palace has been suffering. Part of the population does not accept the way in which society is organized and that is why some rebel and try to put the crown under constant threats. This arouses America's curiosity more and more in knowing what the rebels' motivations are, and because of this they seek to study the origin of their country, Illéa. Her poorly thought-out decisions put her in situations where they cannot be undone and passive with extremely harsh consequences.

Her strong temper ends up generating conflicts between her and the kingdom and this puts Maxon at a disadvantage, since she is the prince's favorite. Before she makes her choice, between the prince and a comfortable life and Aspen and a simple life, she is the choice to change the mold of the current Illéa. Political reasons develop more deeply in The eliteThe reader realizes that selection is a means of amusing the population, wasting luxury and wealth and calming spirits. But America ends up taking notice of many things, leaving the reader confused about America's real desire.

It was impossible. I had to choose. Aspen or Maxon? But how to decide between two good options? How do I decide if any choice would leave part of me destroyed? I comforted myself with the thought that I still had time. I still had time. - America

In the course of the plot a lot happens and America really decides what she wants. We know that she is smart, but she will need to impose herself and show that she is ready for everything. We know it won't be easy, but she needs to try. After all, she knows that Maxon wants her. But he won't wait a lifetime. With a light writing, the plot continues to bring dilemmas to the life of the main character. I felt that this continuation carries the rhythm of the first book, but with a more sagacious touch. It gives Maxon more personality than we previously knew. He looked just like a puppet victim of the system, but no. Behind the looks, we know who Maxon might be. In fact, in this book we become more aware of who the Royal Family really is. Who are the participants, who is Aspen and the main one ... who is America Singer.

Written by Kiera Cass (children's and youth writer), The elite is the second book in the saga, published in 2013 in Brazil and the United States. Here by the publisher Following and there for HarperTeen. Even after the end of the trilogy, the author launched The Heiress, which tells the story of the daughter of the main character in 2 books.

The elite remains full of dilemmas, which will make America decide whether to remain 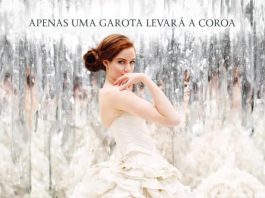 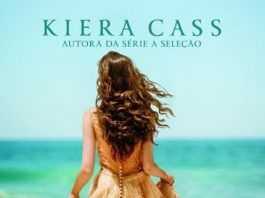 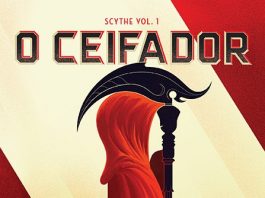