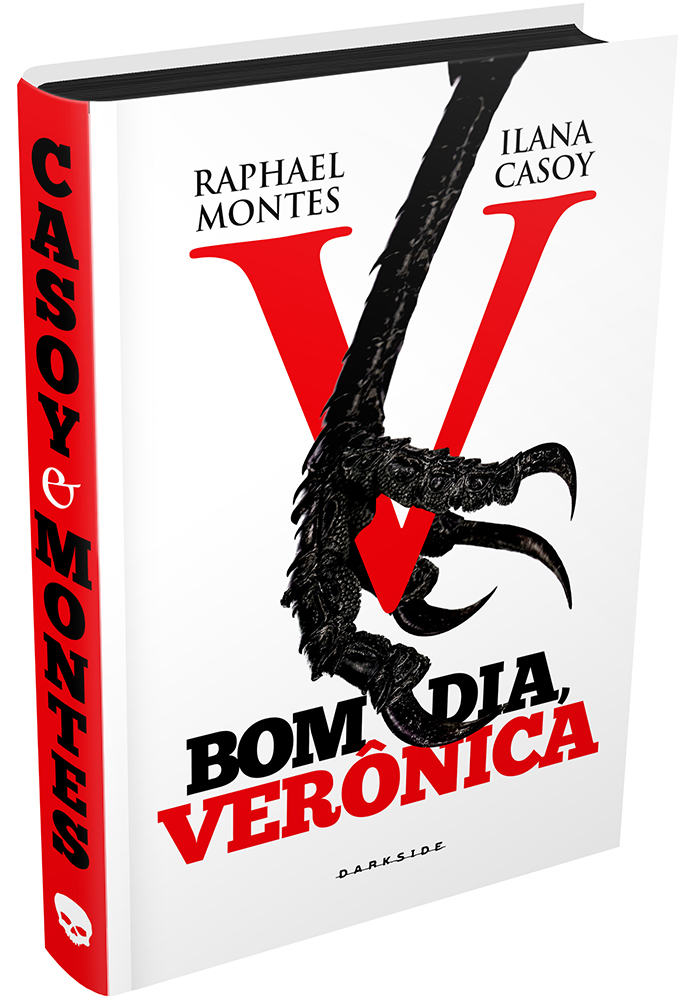 Originally published in 2016, Good morning, Veronica is part of a series of books written by the pseudonym Andrea Killmore, which was a big mystery at first, but according to the names Rafael Montes and Ilana Casoy gained fame, the publisher Darkside decided to open the game and reveal that Andrea was the name chosen by them for their joint works. It was precisely in this work that the aforementioned revelation took place.

Both authors are known to readers of crime books, Montes for his successful thematic novels and Casoy for his work on studying psychological profiles, which focus heavily on serial killers. Combining knowledge in Casoy's heavy cases with Montes's writing, Good morning, Veronica it becomes a realistic and cruel work.

The plot revolves around real cases, with reports by a former police officer, both about the investigations and the personal life. While Veronica takes the reins of a case where she witnessed the suicide of a woman and ends up crossing with another who seems to be married to a very dangerous man, we know a little more about the interior of the police the intimate life of some characters.

It is this intimacy that really shakes you in the plot. The cases are heavy, but witnessing the lack of character in all the members of the book, whether they are criminals or police officers, goes as far as to disappoint the reader. At first the work seems to hit the cases of abuse and machismo, since all the men who are presented have these traits. The first victim, who ended up committing suicide, was hit by a dating site and her date turned into a nightmare, where she was drugged and mugged - and to make matters worse, she was treated with contempt and machismo by the police chief. The second woman Veronica decides to help is an intense case of abuse, married to a PM who commits very serious crimes.

However, as we read, we realize that the narrative is not a picture of abuse against women, but of a general lack of character. Veronica proves to be the worst of all the people presented, through her thoughts and methods, we are faced with betrayals, neglect with the family and manipulations of the character that come to leave the reader totally displeased with her. This is the greatest asset of the book, the criticism of the way in which public agencies are corrupted is so great that even the protagonist enters this medium and runs away from the "young lady" type.

Good morning, Veronica purposefully escapes the conventional, happy endings and great merits won by the protagonist are not the focus here, but a true and cruel version of life. This is at the same time the positive and negative point of the work, it is interesting because it shows an uncensored side of the world of crime, while leaving a growing nervousness in the details of everyday life - the kind that can make people tired of getting nervous and leaving the reading.

Complying well with the proposed criminal report, Good morning, Veronica is a book in the best standards of Darkside, which stands out for being possibly the most cruel.

Book Review: The Girl on the Other Side #3 (Totsukuni no Shoujo) - Nagabe