This month the long-awaited Dark Knight III- The Superior Race, which marks the return of the famous Frank Miler.

dark Knight is a HQ from the 80's, its continuation - Dark Knight II- came out on newsstands in 2001. The trilogy shows a Batman older, ahead of the New 52 Batman timeline.

In this volume we have the return of Batman, portrayed initially in a somewhat confused way. For some reason still unknown, the Batman is fighting against the Gothan authorities. Wonder Woman, Lara and Super man they are also introduced here, showing how everyone is doing today.

Editing is like one teaser for the next ones, that's why it focuses on resuming the characters and doesn't have much development until the final pages, where a big revelation happens. So don't expect too much from this magazine, but the script by Miler and Brian Azzarello for promising good. The illustrations of Andy Kubert are beautiful. 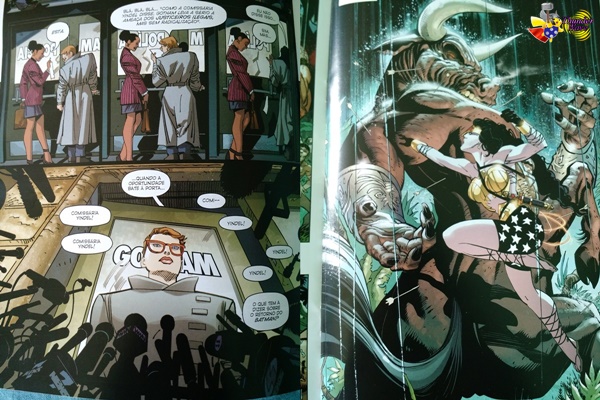 Dark Knight III was released in the US in November 2015, with 71 variant covers. THE Panini did an incredible job announcing in December that it would be available in record time in Brazil. Well then, volume one has already come out on newsstands and with three variant covers. The original and the designed by Rafael Albuquerque are available at newsstands, but that of Ivan Reis is exclusive to To become and that of Gary Frank gives Comix.

The Panini chose to follow the American format, so it will be released monthly in 32 pages, card cover and couché core. In this first edition, a 16-page mini-magazine accompanies the beginning of the participation of the Atom in the saga. 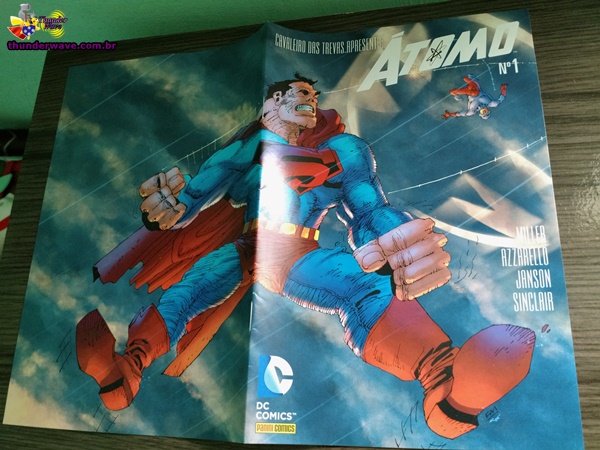 Dark Knight III- The Superior Race is available on newsstands for R$ 9.90.

Review: Thor-In the Name of the Father