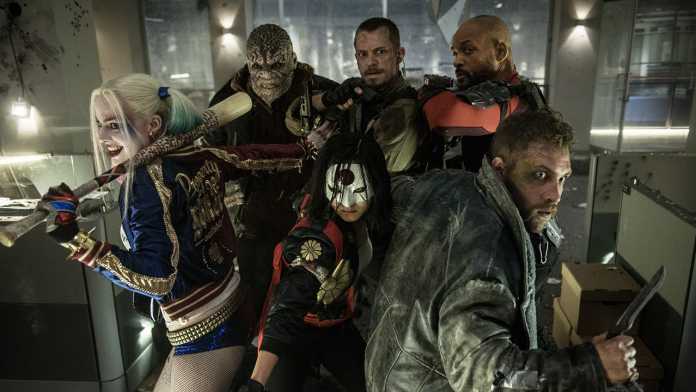 Suicide squad (Suicide Squad) was, without a doubt, the most publicized and commented release this semester. Due to the large investment in the Marketing of the film, the hype became very big and along with it the expectations, which I am sorry to inform, were not fully met.

In the feature film, the events of Batman Vs Superman create the need for a more powerful task force. Afraid of another big threat to arise, Amanda Waller (Viola Davis) decides to create the Suicide squad, formed by powerful and dangerous super villains. Thus, we are introduced to the team formed by Gunfighter (Will Smith), Harley Quinn (Margot Robbie), Captain Boomerang (Jai Courtney), El Diablo (Jay Hernandez), Crocodile (Adewale Akinnuoye-Agbaje) and June / Magic (Cara Delevingne). These characters are very well presented at the beginning, with few scenes telling their origin (which was very faithful to the comics) and how they were arrested. Posteriorly Katana (Karen Fukuhara) joins the squad. Rick Flag (Joel Kinnaman) commands the group when a major attack threatens the world.

The plot of the work was very simple. The plot, which was not widely publicized until then, is divided into two focuses. On the one hand we have the great threat that is revealed by surprise and on the other the subplot of Joker. And so, we fell into what I found the biggest problem of production: the much talked about Joker. The performance of Jared Leto it wasn't bad, the biggest caveats are due to the construction of this bizarre gangster version of the character, but it didn't need to be in the film. The impression it gives is that the Joker was introduced there just to be a face known to the public and to have a loophole for future appearances in the Liga of Justice. His scenes seem out of place and unnecessary, only his appearance in flashbacks about the origin of Harley Quinn they would be more than enough.

The vision of David Ayer, director and screenwriter of the feature, it's interesting. The colorful name shown in the disclosures left the same with a fun view and with mentions to HQ's. It is a violent film, however much less than expected, the violence is exposed only in shots and the rest is implied. It's great how he managed to explain everything from the origins to the central plot, in a quick and fluid way, without wasting time on unnecessary long descriptions. The rest is filled in action scenes. However, it is worth mentioning the needless and continuous need for affirmation of villains about being villains and not heroes, this gets very tiring in the course of the plot.

The cast was a great success, with the exception of Cara Delingne, who leaves a lot to be desired, everyone delivers their role well. Will Smith, who carries the principal among the villains on his back, was quite convincing as a gunslinger. The role is no different from many that we saw the actor play, but it fit like a glove and he fit very well between the character's drama and comedy. Margot Robbie makes a fantastic Harlequin, better than anything we could hope for. All the hype about Harlequin's sexualization takes second place here, the quick scenes and Margot's performance completely overshadow the fact that she has so much of her skin exposed. Viola Davis, of course, excels like Amanda Waller, we are already used to his tough and authoritarian way in How To Get Away With Murder, but in Suicide squad it shows that it still has more to offer. I was impressed to know that Viola can be even stronger in this role. 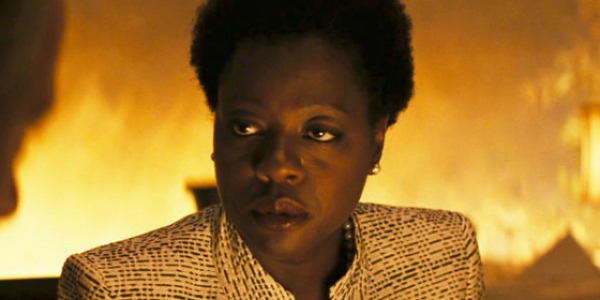 However, who really impressed me was Jai Cortney. Anyone who is familiar with the actor's background knows that he usually plays the "badass" role, and that was the biggest fear when he was cast for the character. I know that Cortney works well, but I had doubts if they would break the representation of Captain Boomerang, who is actually a very irritating and arrogant guy, and turn him into a typical good-natured villain. That was not what happened and Jai knew how to play a sloppy guy with mastery.

Finally, I must mention the soundtrack. All the songs packed the trailers are in fact in the film, at strategic and accurate moments. We even have more classics in the course of the work.

Suicide squad it is good entertainment, fun, violent and with great characters, but sins for simplicity - and for the excess of Joker. We have a great feeling that something was missing, that the feature had the potential for much more. Much of the problems of Suicide squad are in excess of disclosure, as I mentioned above, the expectation ended up being very high and the chance of being disappointed is great. My advice is to open your mind and lower those expectations before going to the movies and have fun with Suicide squad.

Ps: Just like in Batman Vs Superman, leaves the cinema with the impression that a lot has been cut, including scenes that appeared in trailers were taken. I am hopeful of an incredible extended version in the future.

Morbius | Trailer for the new Spider-Man villain movie is released

The film is the second solo production by a Home-Spider villain.
read more
Reviews

Dynamic and visually satisfying, Carnival Row is one of the most promising options in the fantasy genre available today.
read more
News