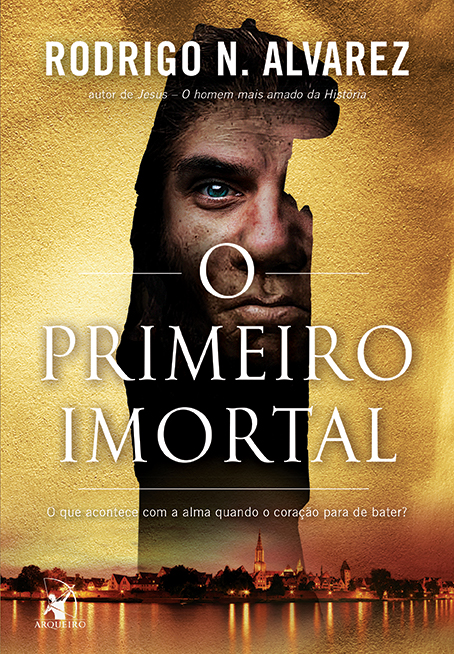 "When we die, does the soul die too?"

The subject of immortality is perhaps one of the most cliché narratives in existence. There are several books, films, series in which the theme is stamped in every place we can imagine. And also in our imagination.

The books, mainly, have already brought several immortal characters and the idea of this search, which we can bring into our memories, from adventures written by Greek philosophers, and books like Frankstein, Dracula and etc., even more current ones. The First Immortal it follows this line, but with a plot involving the question at the beginning of the review, where it not only questions a spiritual part, but also a scientific part, and in such a direct way that it makes it, perhaps, the only one.

The First Immortal it brings characters, companies and stories based on our world, with people who seek eternal life in different ways. It is impossible to read and not stop to look for these companies and the Immortalists that are described in the book. And when you find many of these stories and even something similar to this secret society, a smile of amazement appears on the reader's face.

The narration of the story is done by a person X, who I will not put in order not to bring spoilers, as it is one of the first twists in the book. Then, when least expected, others are presented and a red thread begins to appear within this adventure, where we realize how much people and the planet are interconnected.

As is clear, humanity has changed the planet in many ways, from its geography to even the climate. We interfered in many ways, and some of them brought an even positive “q”, within an evil that was committed, such as, for example, global warming, which thawed many glaciers, but also revealed animals that had already been extinct for millions of years. That is, without this negative interference, we would not have discovered so much what is below our soil. For this reason, the author makes us think about our actions.

These are questions that the author asks us in each character that enters and leaves the plot. Each of them, practically a piece of ourselves.

The First Immortal it may not be the first work to address this topic, but it will certainly be the one that will make you question what the “search” really is and how far we are willing to go on this journey.

Review | The Prince of Westeros and other Stories