It is difficult to be impartial when I review MSPs from Monica's Gang, nostalgia hits hard in those hours and ends up being almost impossible to not love. Papa-Capim: White Night was the Graphic MSP that made me more excited when it was announced, because it is treating the dear Indian Papa-Capim and for being the first with the terror theme.

With art by Renato Guedes and the script for Marcela Godoy, there was no way White Night be bad. Bringing these two talents together in a story that shows the well-known little older Indian, facing a typical terrifying legend is a guarantee of success. 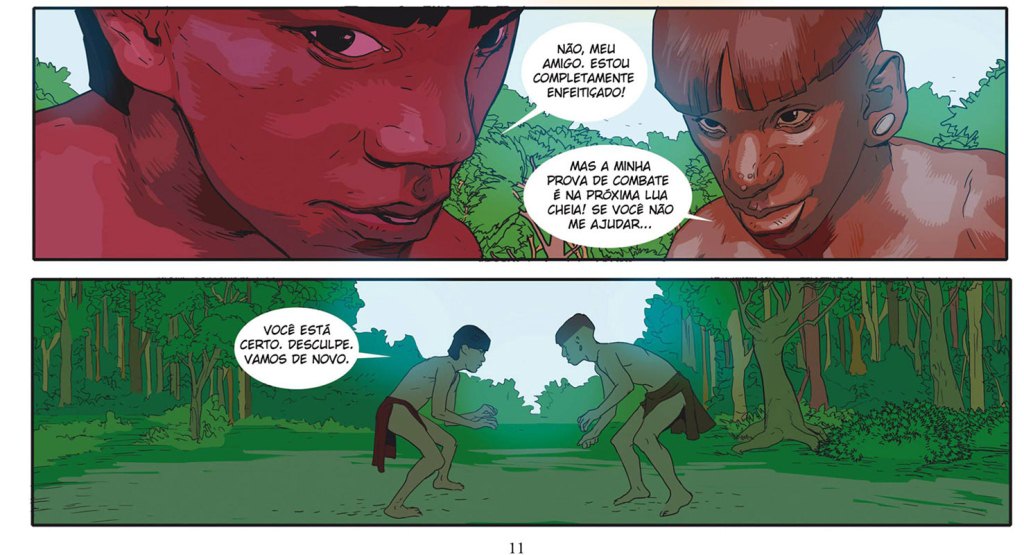 In Papa-Capim: White Night, the Indians are a little older than we are used to seeing in Mauricio de Souza and Papa-Capim is trying to prove that he is already a man and has what it takes to become a great warrior. At one point he finds a warrior from another tribe seriously injured and finds out that he is the only survivor of the mysterious White Night.

The threat falls on the Papa-Capim tribe, but the young man is the only one who can see the signs. Ignored by others, it is up to him to save the village and his loved ones from these unknown and deadly enemies.

There is no denying that Marcela Godoy did incredible research to leave Papa-Capim: White Night full of rich details of indigenous culture. To create Noite Branca, the screenwriter says she was inspired by White Armadillos, a tribe of cannibal Indians from Minas Gerais who lived in caves and left only at night, and in European vampires, who were a great reference in the characters. 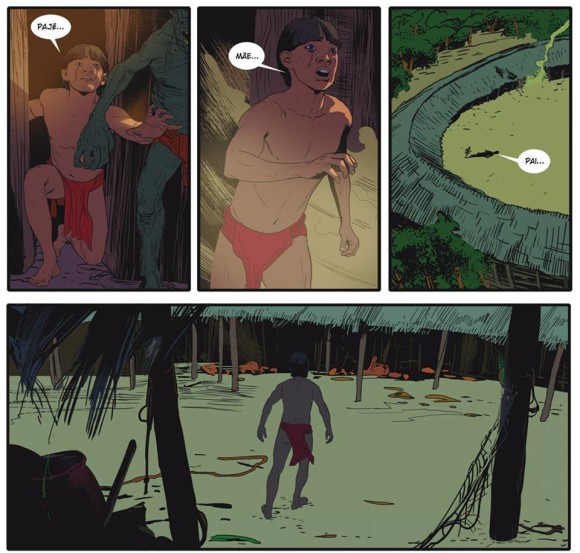 Papa-Capim: White Night it is a fantastic work, much of it for the references. However, its greatest quality is also its greatest defect. The references that helped make the story so incredible also hurt, since it gets a lot more interesting when we read the extras. This is not a big problem, in reality it is a matter of perspective, we read with the same degree of knowledge as the Indians about their enemies and only then find out more about them, this can be good or bad, depending on the reader's taste . Analyzing in depth, it may even be an analogy to the arrival of man in indigenous lands.

Papa-Capim: White Night it is certainly worth the money of the purchase, especially for the most nostalgic ones, who, like me, have fun just seeing a new version of the characters that accompanied us throughout childhood.

Panini is present for the first time at Brasil Game Show