Who follows my reviews here on Thunder Wave, I'm sure you've noticed that I'm a big fan of suspense. Crime novels, of course, are included in this list and If Repentance Killed it has everything a fan of the genre likes, structured characters, a hotel and a murder. It's the kind of book that keeps you reading until you find out who the killer is, no matter if you stay up until 3 am for that.

In If Repentance Killed, three friends who hadn't seen each other since high school, Alex, Alice and Rebeca, arrange to spend a weekend at Alex's parents' hotel. The two boys (yes, two boys, Alice is a boy!) and the girl are excited to reminisce about the good times of their friendship, but a grisly murder gets in the way of their plans. After a business dinner, the small group staying at the hotel find the cook murdered in the kitchen. Now, everyone is a suspect and trapped together until they find out who the real killer is.

Alma Cervantes declares himself a fan of Agatha Christie, a fact that is quickly proved during the reading. The way it was written is very reminiscent of the Author's elements, an event with a murder and an investigation. In addition to the setting, Alma Cervantes it also gives subtle clues to the killer and motive in the course of events, giving the reader a chance to try to unravel the mystery (I found out who the killer was and got some things wrong in the motive), another element present in Christie's writings. 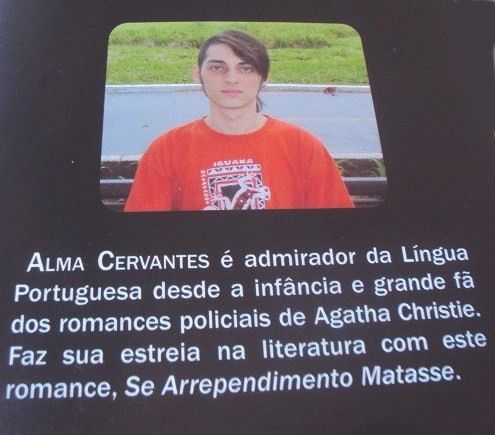 The greatest highlight of the work is how the motives and events are perfectly explained. It was clearly a very well thought out story, and equally well explained.

The only thing I didn't like about the work was the lengthy explanations. During the "investigations", each character tells in detail what happened to them before the crime, which quickly becomes repetitive, many details that we already know could have been saved with a sentence that suggests that the character explained what happened.

Other than that little detail, the book is perfect. It will definitely please fans of a good mystery, surprising in the end.

Ex-Heroes | The apocalypse has just begun

Review | If Repentance Killed- Alma CervantesSe Arrependimento Matasse is the debut work of Thunder Wave writer partner Alma Cervantes. Those who follow my reviews here on Thunder Wave, have surely noticed that I'm a big fan of suspense. Crime novels, of course, are included in that list, and If Regrets Killed...