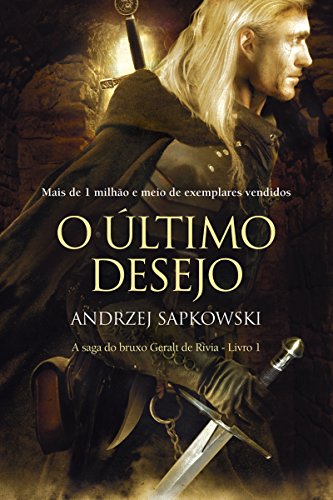 The wizard saga Geralt of Rivia is best known in Brazil for the 3 games launched by CD Projekt RED. Only its history is far beyond games.

Geralt's stories start in books. There are several tales and novels that narrate the wizard's journey facing several enemies in a hostile world for humans, wars against Elves and much prejudice against wizards.

This universe created by Andrzej Sapkowski it is so rich - and I dare to say even more than Tolkien's - that several characters who appear during Geralt's journey have a history beyond the hero's adventure.

They are not just in a story with a beginning, middle and end, where it is justified only by the appearance of Geralt. These secondary characters already have a plot with a past, personality and a history of their own. Often when finishing one of the stories in this first volume, we think that a certain magician, warrior, sorceress, whatever it is, will end his trajectory there. But it is the opposite. It will still appear in some future tale or we will hear about some adventure that you went through in one of the kingdoms.

The Last Wish is a storybook that shows Geralt's past as he recovers from his wounds and the loss of his memories. It is an interesting way that the author found to introduce us to the entire universe, without having to write long introduction pages or separate books to explain the kingdom where the wizard is. And especially not having to make a chapter or book to introduce Geralt to us.

As it is a storybook, it is still easy to understand each type of being that exists in the cities where Geralt goes, and to learn much more about the Polish mythology that Andrzej Sapkowski presents us.

There are still other books that can be read out of sequence, but this is undoubtedly the best introduction to learn a little more about the whole The Witcher universe. Recalling that Andrzej Sapkowski is a Tolkien fan and the books won an adaptation that will be released in 2019 by Netflix.

Review | Barbareco - The boy who wanted to be a clown