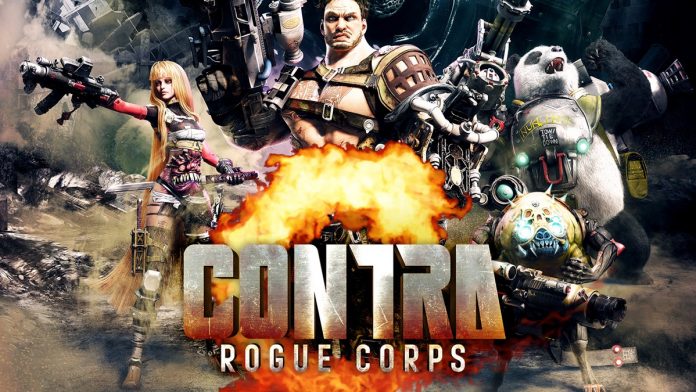 Contra, Konami's classic is back!

Two years after the end of the so-called "Alien Wars", Damned City is reborn on the field of the last battle. In the middle of the chaos, a group of mercenaries appears. They may not be the typical heroes, but they are here to save the world ... or during the journey, get richer!

This is the plot of the new Contra game, which follows a more comic story line, promising a lot of action.

The game even has this action, as can be seen by the gameplay, but unfortunately there.

It looks more like a game made for smartphones, than really the PS4 or even harnessing the power of the Nintendo Switch.

Its graphics are colorful, but with rendering failures, serrated points, looking like it was "stretched" and very strange explosions.

In addition, the character's gameplay resembles the arcades of the 1980s and early 1990s, when our "little figure" was unable to shoot 360º correctly. And neither up nor down.

And that's pretty much how we control one of the characters. Another flaw is in the camera, which often hinders more than it helps, especially when we finish a boss.

But it is not only the negative points that the game lives. It is fun, especially if you forget your title: Against.

The action happens, there are many things to be destroyed on the stage, interesting enemies and funny characters that make us even want to play a little more.

But unfortunately, we are talking about Konami and Contra. And it was much more expected from one of the leading companies in the industry to deliver a game with such a strong track record among fans, even more than a title that served as the basis for so many others.

People don't tend to trust the undead. Let the players of Resident Evil, table RPGs and others say. Those who lived previously ...
read more
Games FC

Yu-Gi-Oh! Legacy of the Duelist: Link Evolution arrives on consoles and PC

Konami Digital Entertainment, Inc. announced that Yu-Gi-Oh! Legacy of the Duelist: Link Evolution, the most complete video game based on the Yu ‑ Gi ‑ Oh! of game ...
read more