Thunder Wave
StartGamesReviewsReview | Sydney Hunter and the Curse of the Mayan

Review | Sydney Hunter and the Curse of the Mayan 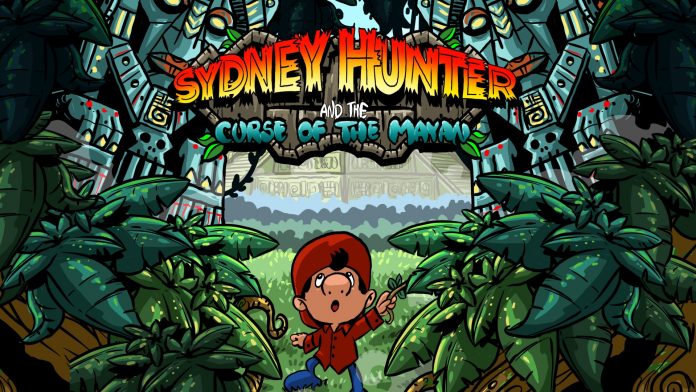 Sydney Hunter and the Curse of the Mayan is an 8-bit platform adventure and action game developed by the independent studio CollectorVision Games.

You play as Sydney Hunter, an explorer who gets trapped inside a Mayan pyramid while he is exploring the region.

All of this occurs during Wayab's time; the five unlucky days of the year. This caused great chaos and time to freeze if the Haab calendar is not found and assembled in time.

The local Maya now ask Sydney to go out and find all seven parts of the Haab calendar, retrieve the important idols, defeat the Mayan gods and bring peace and balance back to Mayan civilization.

In doing so, restore the time to continue ...

Sydney Hunter and the Curse of the Mayan is actually the fourth game in the series. Even though number 4 is not in the title, there is also no need to have played the previous adventures to understand Sydney's plot. The game is completely independent.

The game follows a retro style, which seems to be one of the new standards in the market, and exactly why its graphics may not impress lovers of the genre. Even so, the hero comes in the best style Indiana Jones, armed with a whip and during his journey, he will face scorpions and snakes, at best Pitfall of Atari, as well as skeletons from the adventures of Ghosts'n Goblins.

In addition to these classic arcade enemies, Sydney must still find keys as in Adventure and escape the traps. It may even seem that Sydney Hunter and the Curse of the Mayan is a copy of several old games, even the Prince of Persia of MS-DOS or Mega Man 3 when we need to destroy some blocks. But he is not.

The game follows the same standards - so it is retro -, where the line of action is to face these enemies and collect 'prizes' that will help you on your journey. It is a simple and fun game, besides bringing all the difficulties of the style, with jumps that need to be precise to go from one column to another and the correct distance to hit the enemies that appear ahead with your whip.

For these factors, gamers more used to 'nervous' control of battle royales, may experience difficulties in having to keep calm and accuratejoystick'. Just like anyone who is not familiar with this platform style.

For others, even casual, Sydney Hunter and the Curse of the Mayan is an adventure that will make you enjoy 13 stages with lots of action and fun.

The version we received, went to Nintendo Switch, which presented great commands, but leaves something to be desired in the graphics. Not that they are bad, on the contrary, but due to the size of the screen the game leaves a little to be desired, besides tiring the player's view. But this improves when connecting your Switch to the TV. Anyway, the colors and details are very good. Another negative point is the soundtrack that after a few minutes ends up getting tired.

Even so, it's nothing to hinder your performance and your interaction with the game.