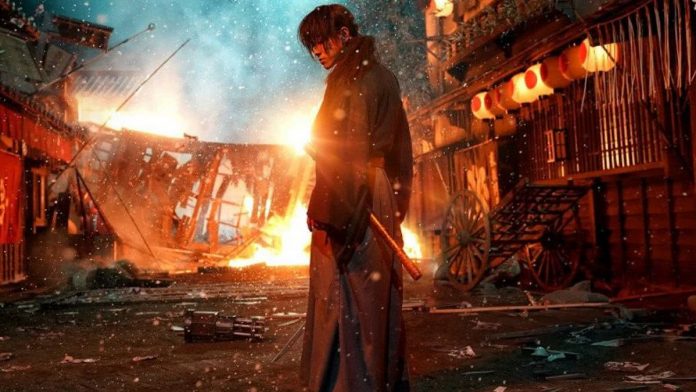 Rurouni Kenshin: The Final has been released on the Netflix platform.

After the theater release of Rurouni Kenshin: The Final in Japan, fans all over the world were eager to see the first part of its final chapter. Today (10), the Netflix officially listed the film on its platform and it will be released in Brazil, the US and Asia on June 18th.

Rurouni Kenshin: The Final is the first part of the final chapter of the entire live-action film series based on the manga from Nobuhiro Watsuki and revolves around Kenshin and his fight against Yukishiro Enishi. The second chapter, Rurouni Kenshi: The Beginning is a prequel to the entire series itself.

The live-action series Rurouni Kenshin is considered one of the few rare films that hasn't fallen into the zone of failed manga adaptations. Both The Final and The Beginning have both premiered in Japanese cinemas and occupied the top slots at the box office, so international fans of the manga or movies can rest at ease as these two films should be a welcome conclusion to the series.

0
During an investigation, journalist Ellie finds love letters hidden among the pages of books, exchanged between "J." and "Boot". She keeps looking for new clues about the identity of these people, until she discovers a story of forbidden love in the 1960s, interrupted by tragedy.

Warner Bros. is looking for a black director and actor to lead the ...

Watch one of the bloody fatalities in the Mortal Kombat movie

'Everything and Everything' gets trailer with emojis